After another morning of hotel waffles, we filled the car up with gas.  Forrest was approached by a skanky woman at the gas station asking for money.

I recommend that you skip all outposts until you get to Yellow Horse on the Navajo Reservation.  But, if an old man tells you the paintings on the side of the rock have been there for hundreds of years, don’t believe him.  We watched a young man making beautiful jewelry.  The state line between New Mexico and Arizona goes right through the Yellow Horse Outpost.

While in the Petrified National Forest, Forrest taught a woman, who was biking from California to the East Coast, how to fix a broken spoke on her bike, and he troubleshot a coolant issue for a couple traveling from Canada on motorcycles.  We met a couple of guys travelling from Czech Republic.  The Petrified Forest was very desolate.  It was interesting to see fallen trees that had been laying in the same position for SO many years.

We obeyed the warning not to remove any petrified wood from the National Forest.  After leaving the forest, we thought it was interesting to see thousands of pieces of petrified wood being sold from a store parking lot.

We took pictures standing at the corner of Winslow, Arizona. Forrest ordered a Chicago Style Hot Dog that quite easily achieved a world record for the longest time to prepare a hot dog.

Our next stop was Meteor Crater.  Forrest has been dreaming of this destination since he was a kid.  Because of the hotdog fiasco, we had to speed, but we made it to the Meteor Crater just before closing time.  It was deeper than Forrest imagined.  If you wanted to, you could fit 20 football fields and one million spectators inside the crater.  We watched the entire informative video that explained how the crater was formed; I realized after we left that I still don’t understand how it was formed.

On the road again.  We had hoped to make it to the Grand Canyon to see the sunset, but we were about an hour too late.  We made one wrong turn in Flagstaff and stopped for a beef stick snack.  We were surprised to see an elk cross the road.

After checking into our cute room at Yavapai Lodge, we took a walk down a dark path and ate dinner at the lodge tavern. 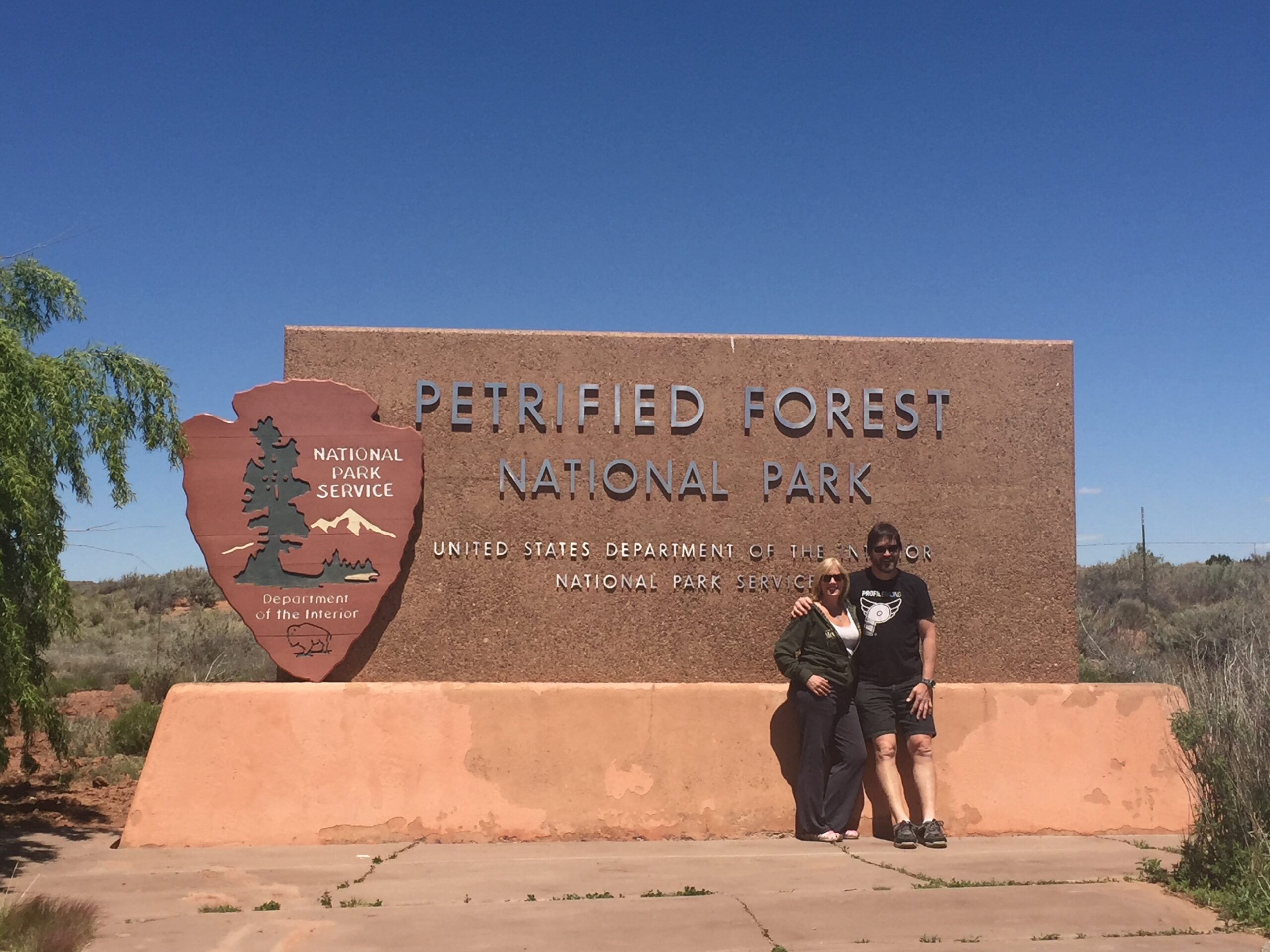 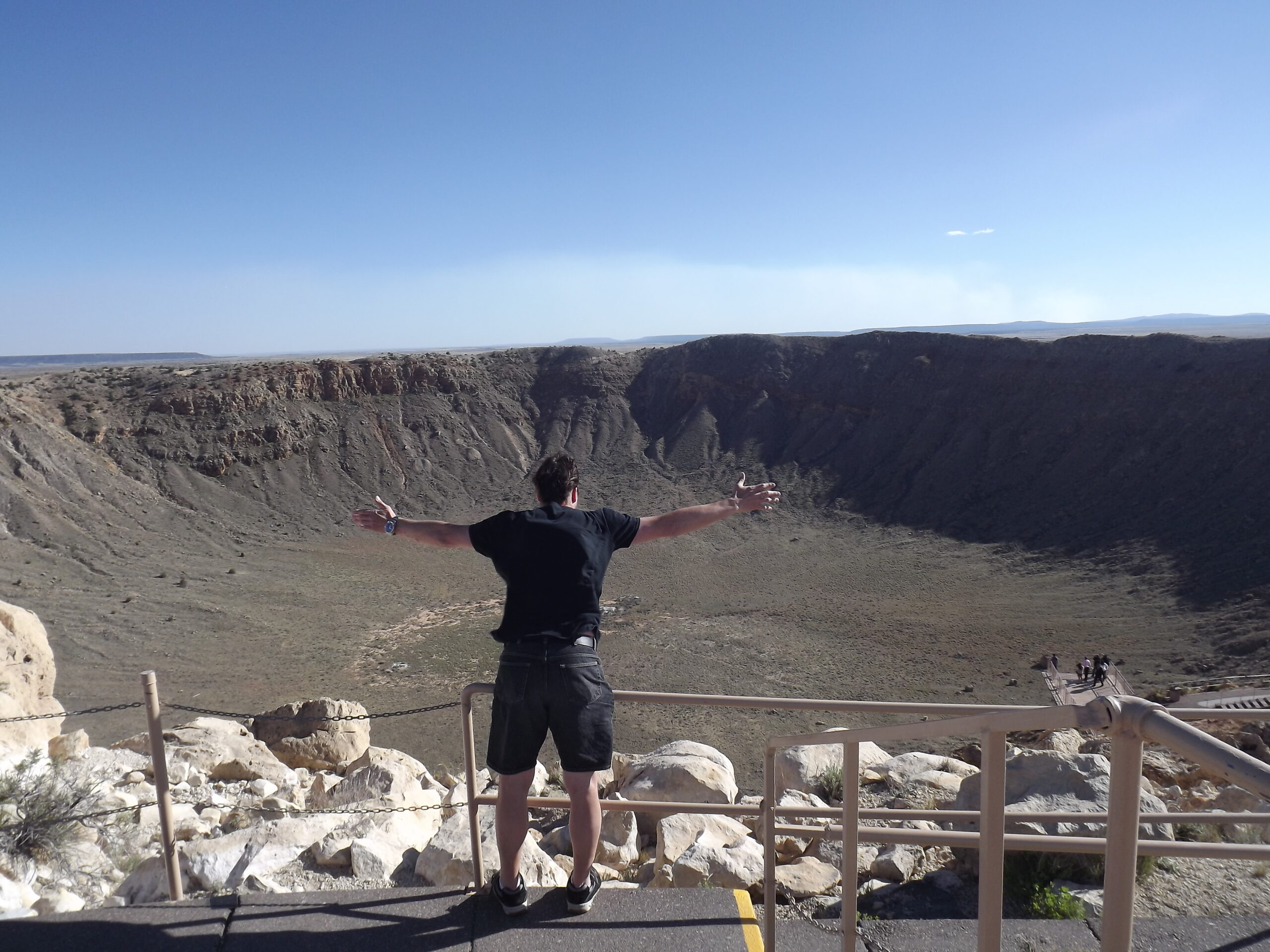 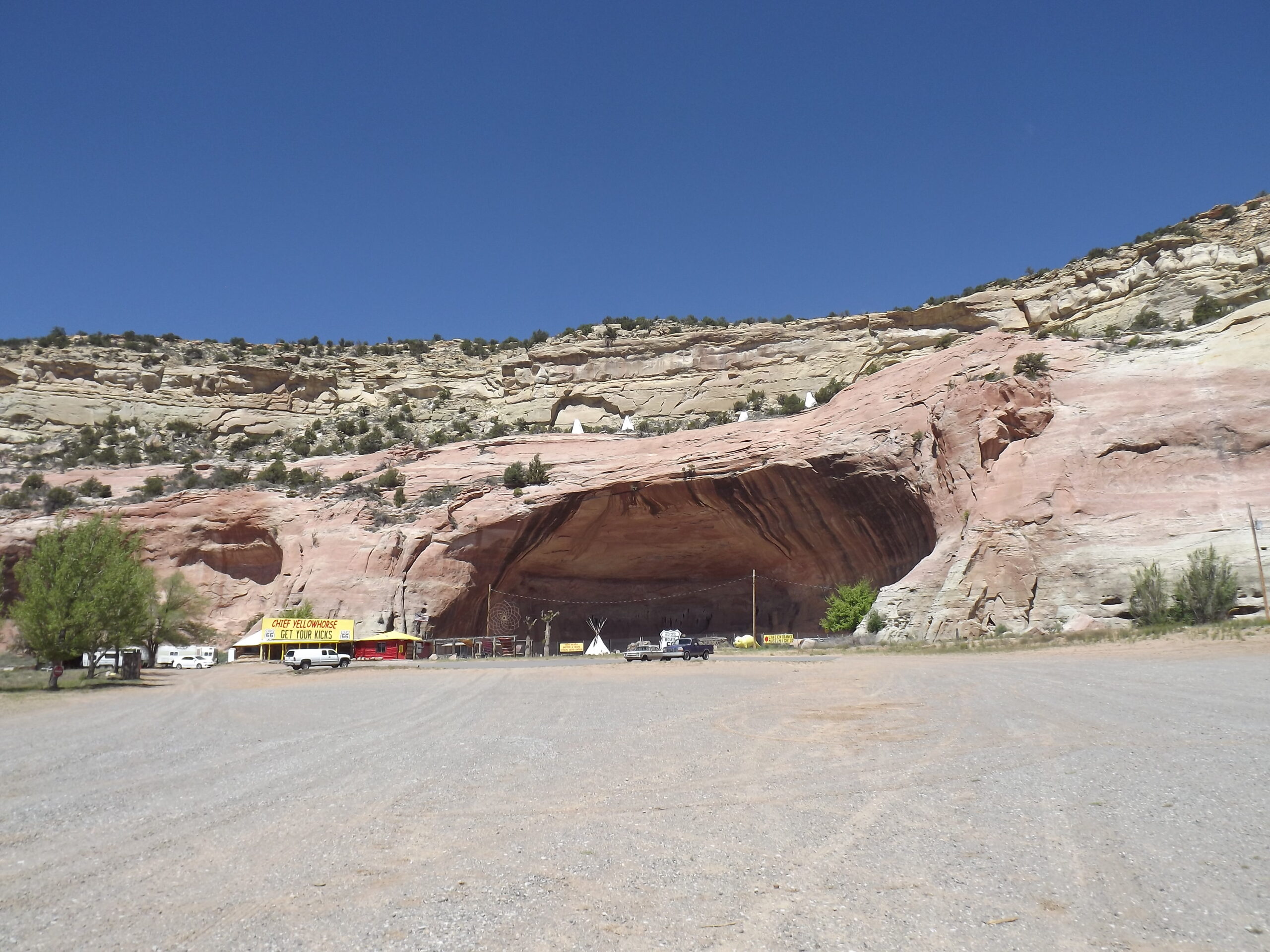 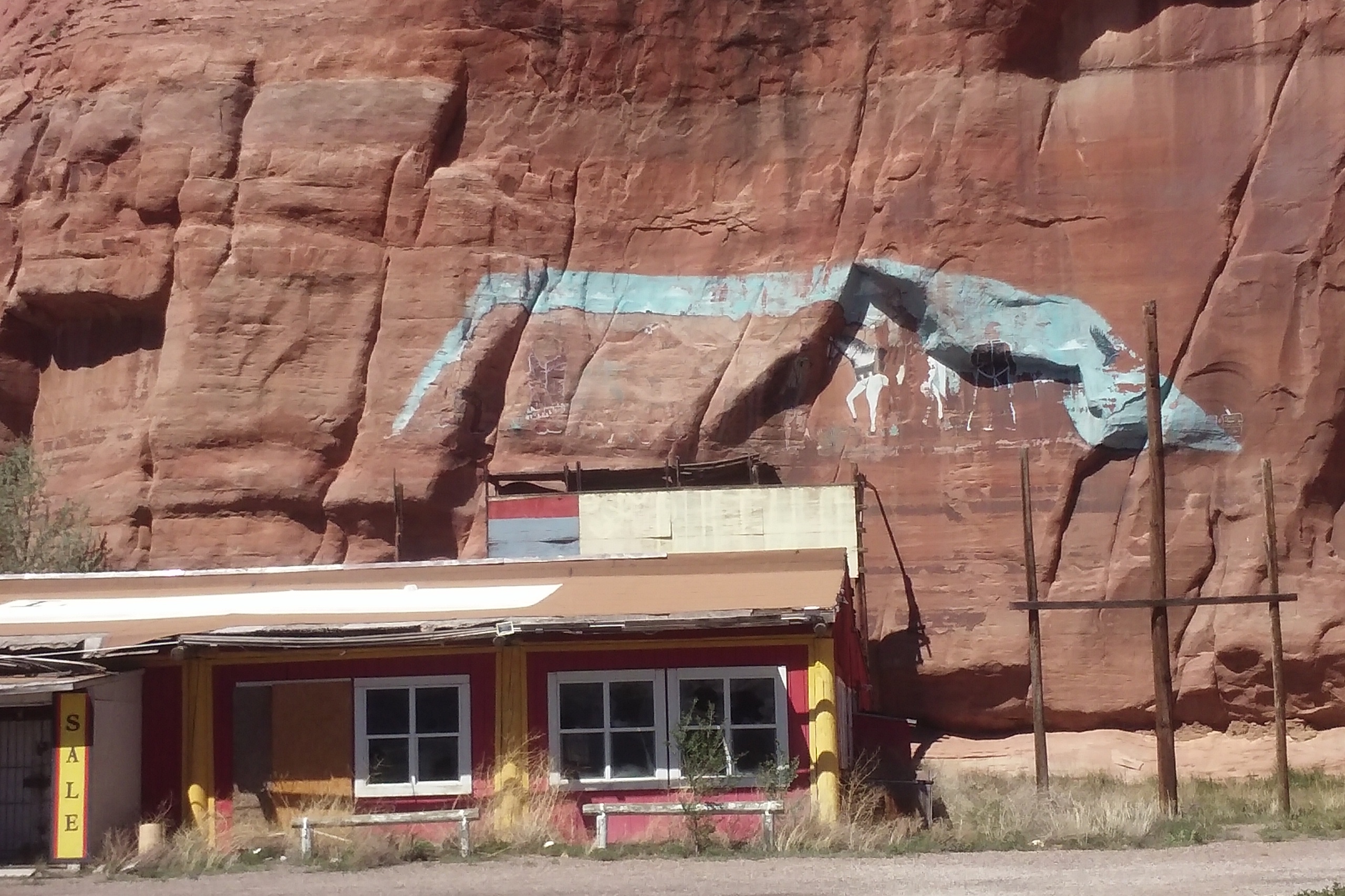 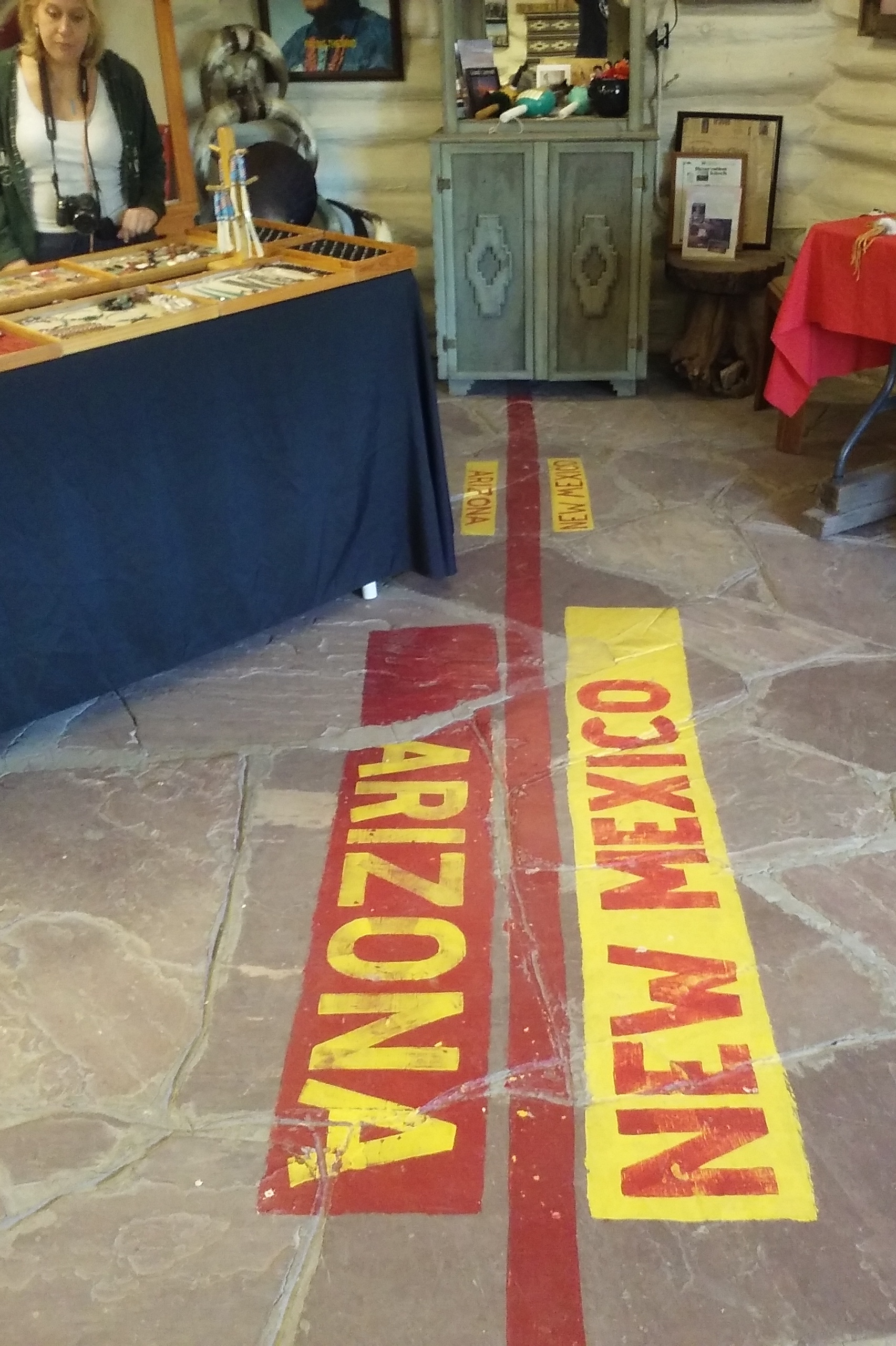 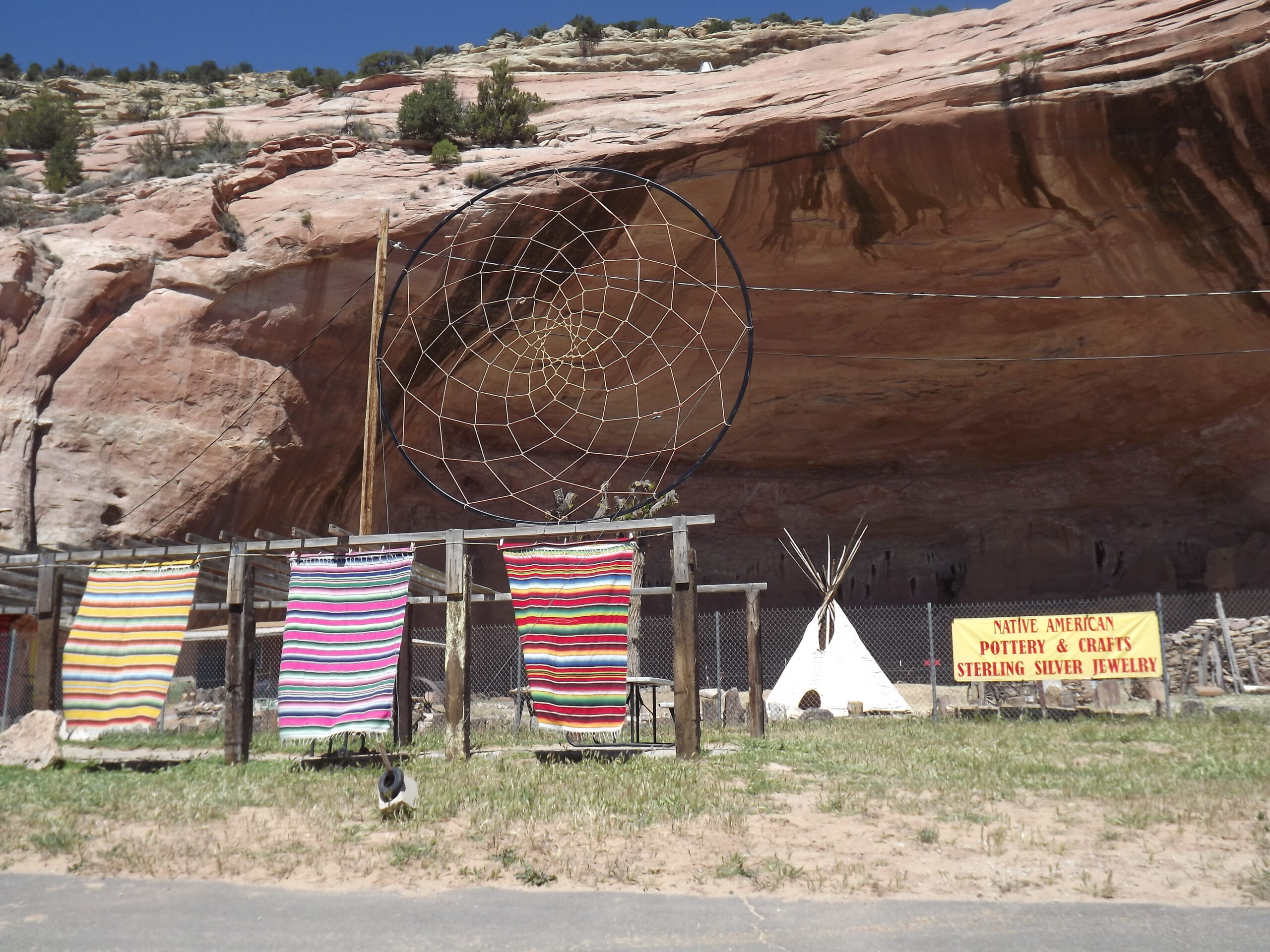 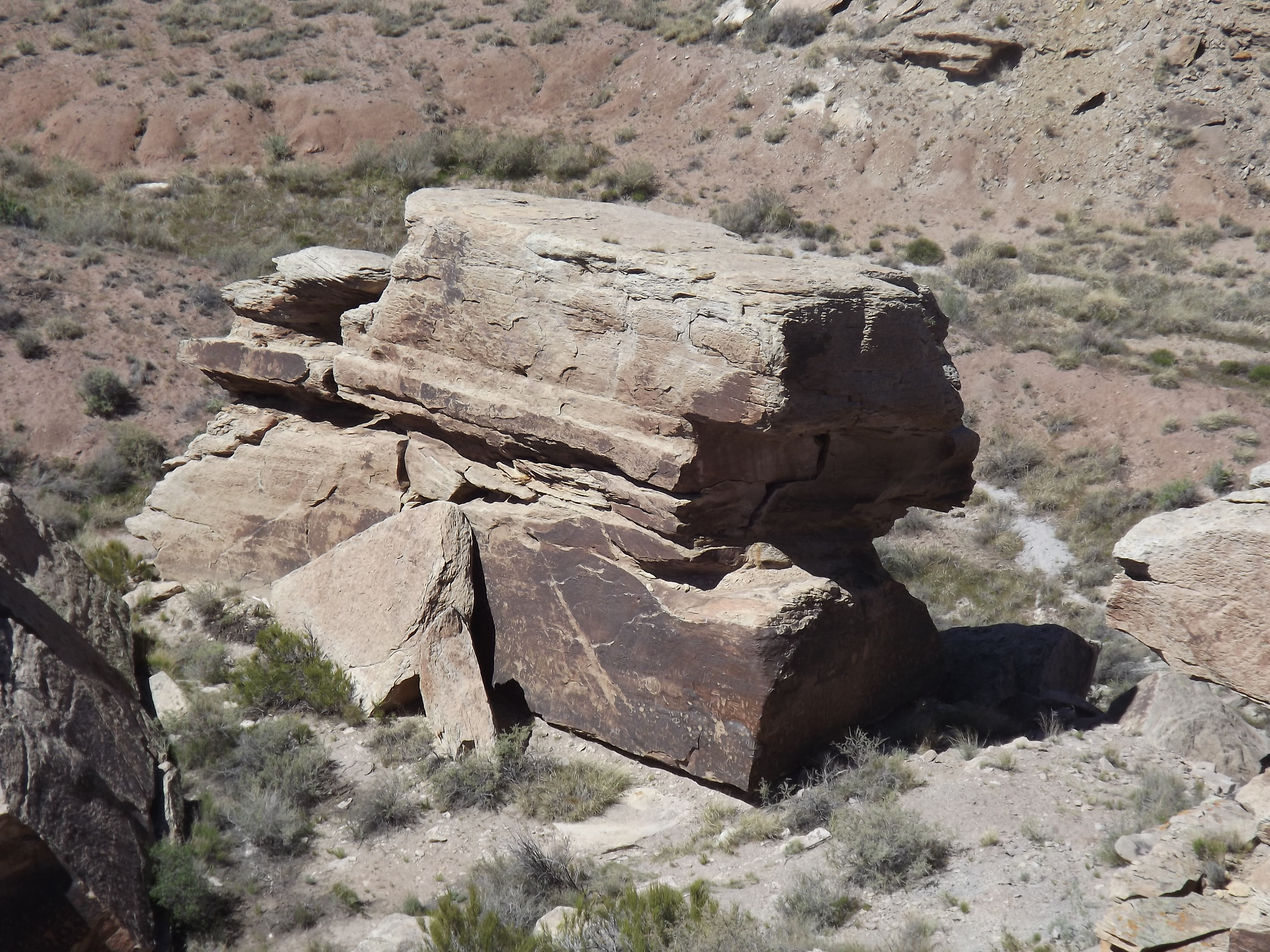 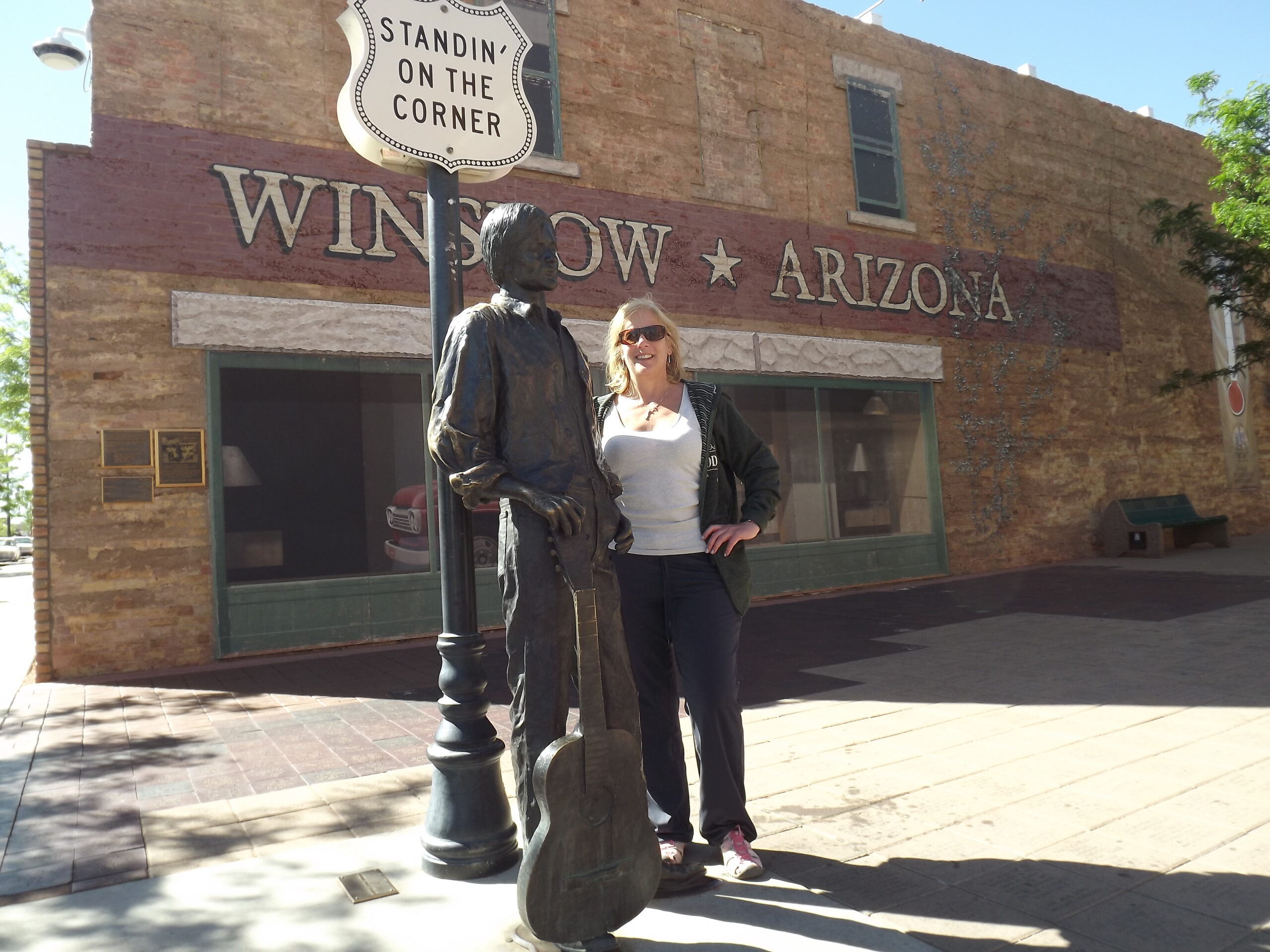 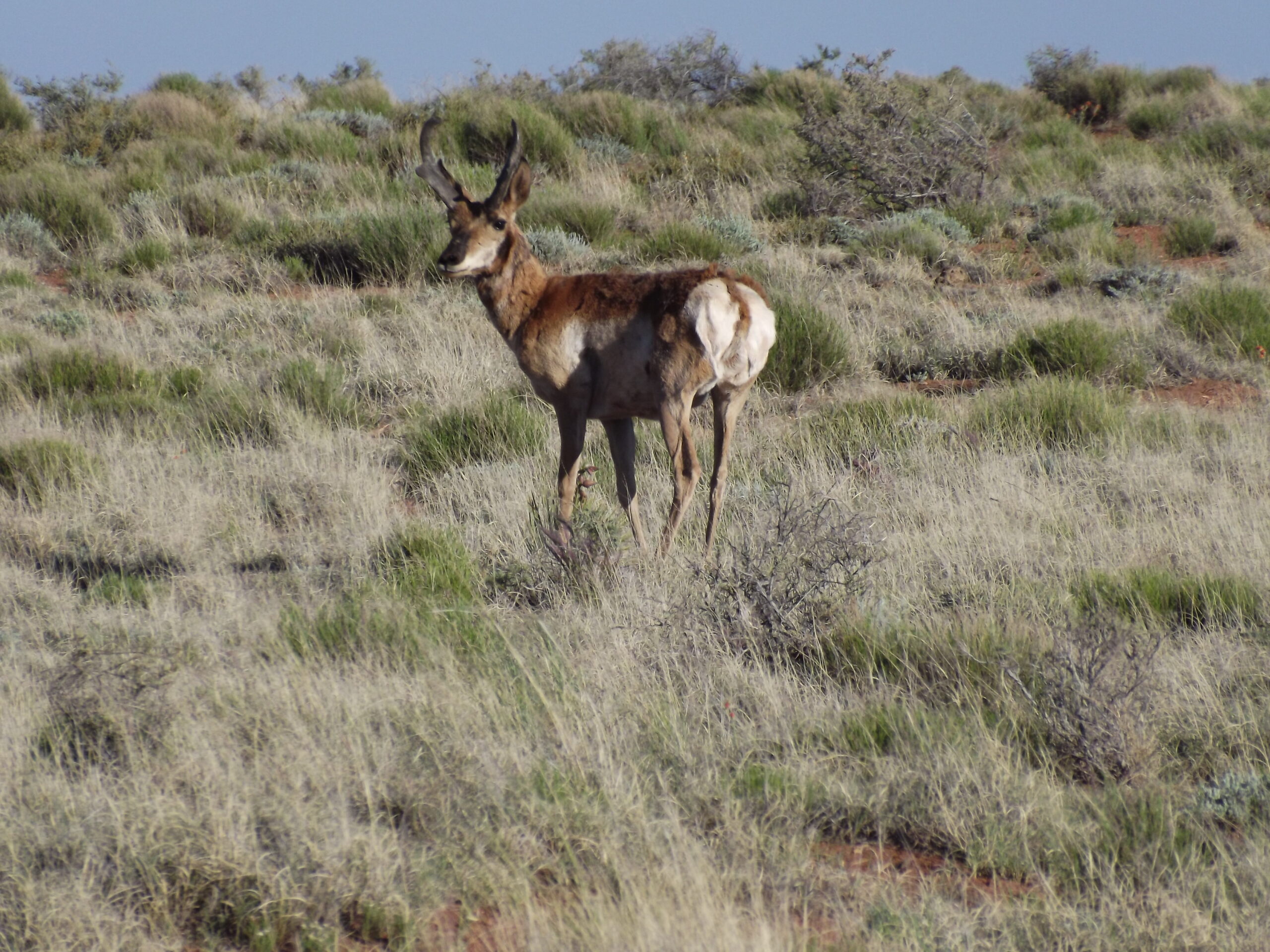 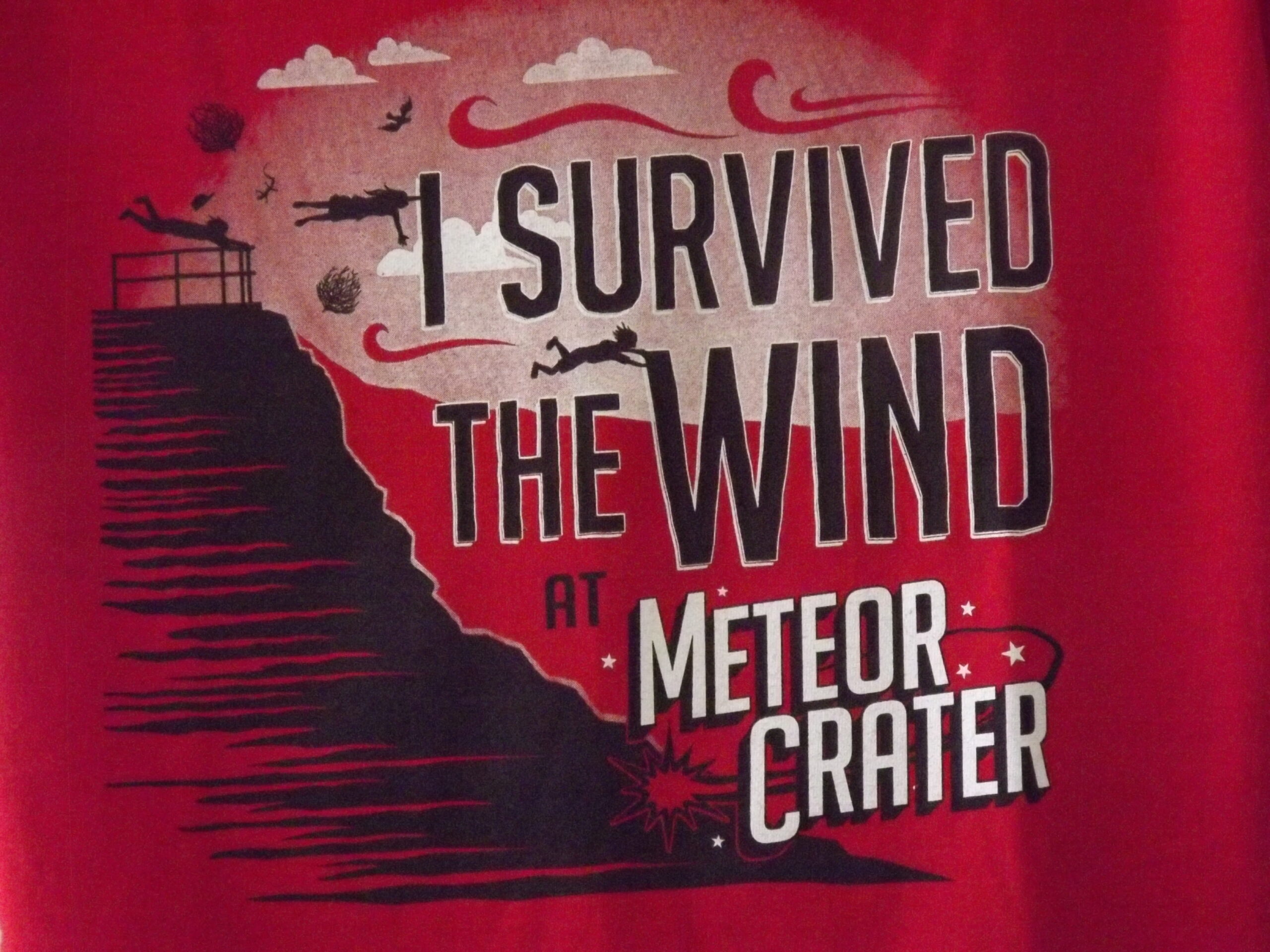