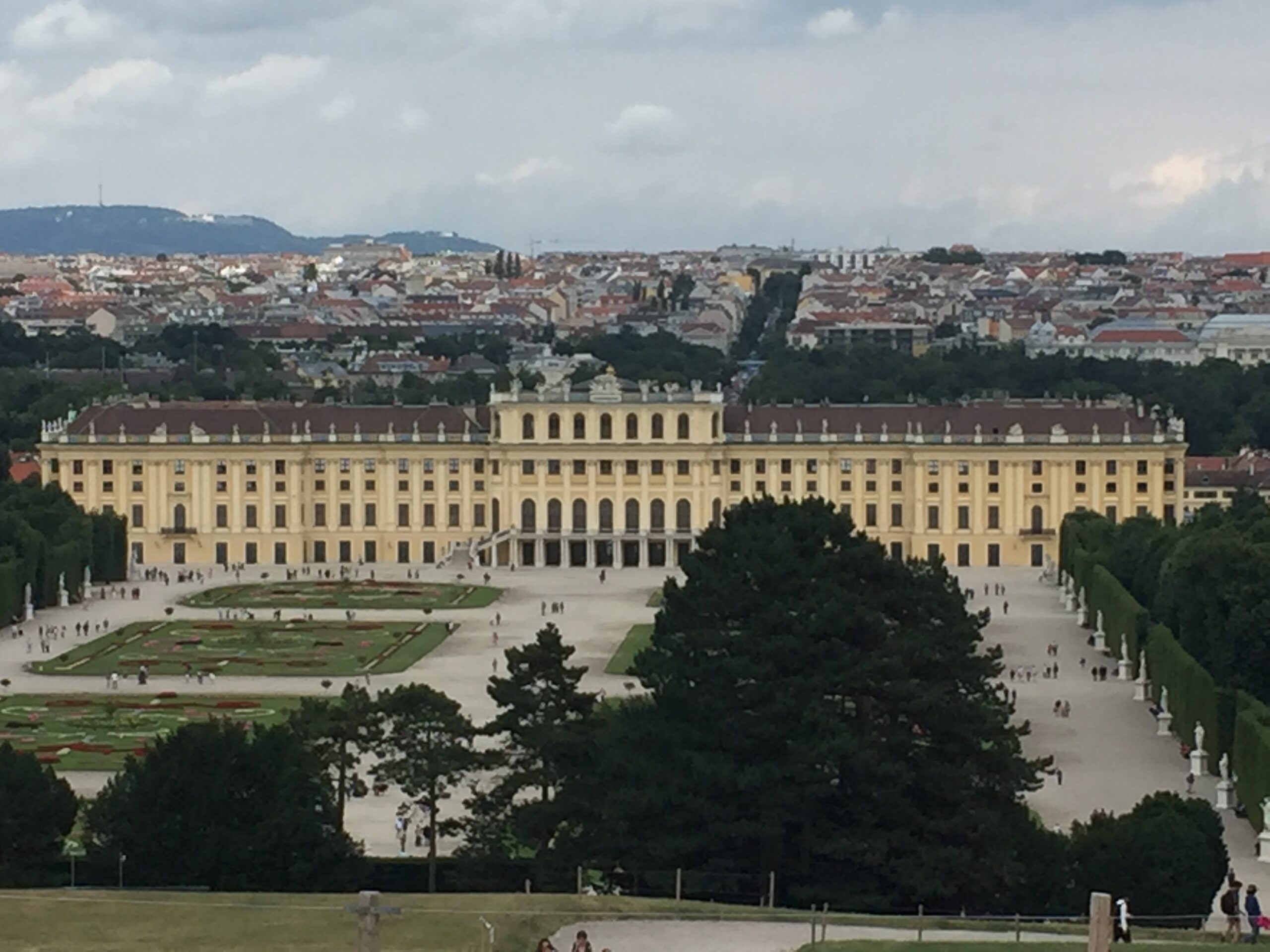 I slept well.  Anna made the Uber arrangements for me.  I thought she said it would take 17 minutes to get to the airport.  It was a little tricky waiting for the Uber because I needed the wi-fi in Anna’s apartment to get confirmation from the Uber, but I had so much luggage to get downstairs, and there’s no place for the car to park.  Somehow, we managed.  We had a less teary good-bye than I expected because I was so concerned about getting to the airport.

My Uber driver appeared to be middle eastern.  I think German was his second language.  He could not speak English.  After 40 minutes on the road, I started seeing signs to Budapest.  I was starting to get nervous. Finally, I saw an airport sign.  Whew!

In the airport, my checked bag was too heavy.  I had to move some contents to my carry on bag.  Then, they weighed my carry on – who weighs carry on bags? Now that was too heavy.  What? At first she said my personal item was too large, but then realized I was out of choices, so I moved stuff to my small backpack.  I finally made it to my gate – one and a half hours before take-off.  I can relax! Right? No. Lucky Me – I’ve been chosen for another random security check.  They escorted me to a room, where I had to remove EVERYTHING from all of my bags. After a quick look they said it was OK.  I was instructed to pack it all up now.  Frustrating!  On the plane, packed in like sardines, I couldn’t find my earbuds in my repacked bags, so I had to use the one the airline provided and they hurt! Ugh!

My flight arrived on time.  I made it through Customs.  I got directly on to the Van Gelder bus to Madison – which was a small miracle because the bus didn’t have that name on it.  Oh, well.  All’s well that ends well!  What an AWESOME vacation. It was so, so, so, so great!

I wrote this song a week or two after I returned home (you can sing it to the tune of Sound of Music’s My Favorite Things).

Climbing on ridges
And love locks on bridges
Cold beer with pretzels
And brown cows with neck bells
Warm apple strudel
And ice cream like noodles
Green rIvers, blue lakes
Whipped cream on Sacher cakes
Castles and gardens
of past queens and kings
These are a few of my favorite things

When Dick-Tator shouts
When the joke stinks
When all facts are straight
I simply remember my favorite things
And I know my trip’s been great.

When Dick-Tator shouts
When Jimmy has 3 BINGs
When they make you feel late
I simply remember my favorite things
And I know my trip’s been great.

What cities in what countries do you recommend I visit on my next trip to Europe?  I can’t wait to go back.  I’m looking for suggestions!