THREE SHEILAS DOWN UNDER

Qantas Air was to be leaving from Gate 4.  We walked along the front of the building – all doors were labeled “International Arrivals”.  We kept walking and walking and walking. Eventually, we saw a sign that said “4”.  We walked inside and started heading towards a Qantas counter.  An airline guy asked where we were flying.  When we told him Sydney, he responded that we had to go back to the International Building.  We had evidently passed it (on our long walk) and moved on to Building 4, not Gate 4!!!

He sent us outside. We were now on a different level.  We walked back to the International Building.  All of the doors on this level were marked, “International Departures”.  We’re getting closer!   We walked up to the counter and showed our travel documents to the nice young gentleman with the light brown skin, dark curly hair, and Drew Carey glasses.

From there, we proceeded through Security, where I managed to lose my VISA.  How could that happen?  Luckily, I had made a copy of both my and Lexie’s VISAs and taped the copies inside of our passports.

By the time we arrived at Gate 123, we didn’t have to wait very long before they started boarding the plane.  It was a little confusing because First Class was boarding from Gate 123A and the rest of us were boarding from 123B.  The plane was that huge!  It was a double decker with 3 seats on the outside rows and 4 in the center.  We had seats 73 H, J, and K.  We entered the plane around Row 50.  The plane only appeared to be about half full.  On the back of the seats in front of us there were screens where we could choose from 50 or more movies, plus TV shows and music. At this point in my travel history, I had only experienced airline selected in-flight movies where all passengers watch the same movie on screens positioned between select rows. 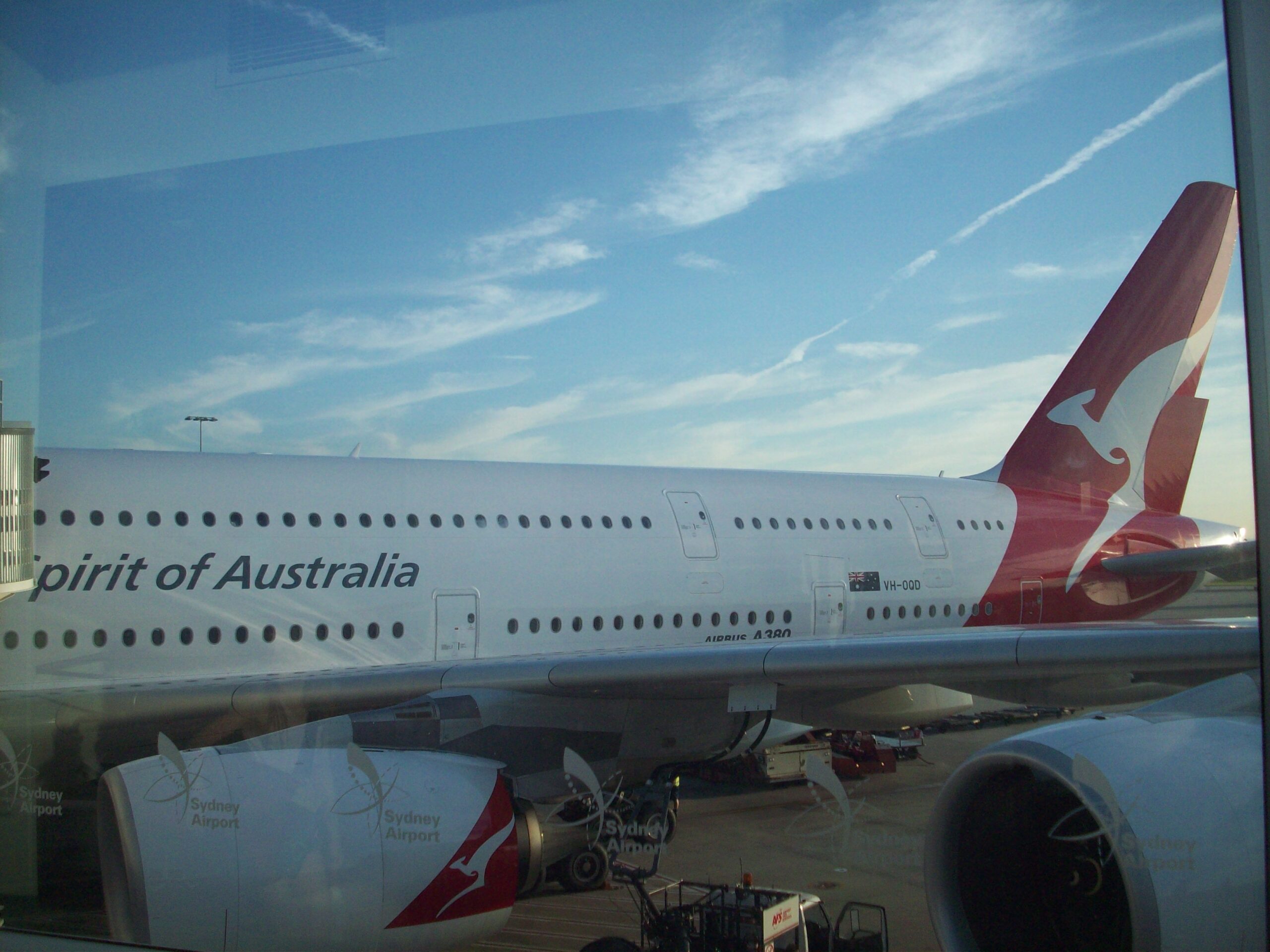 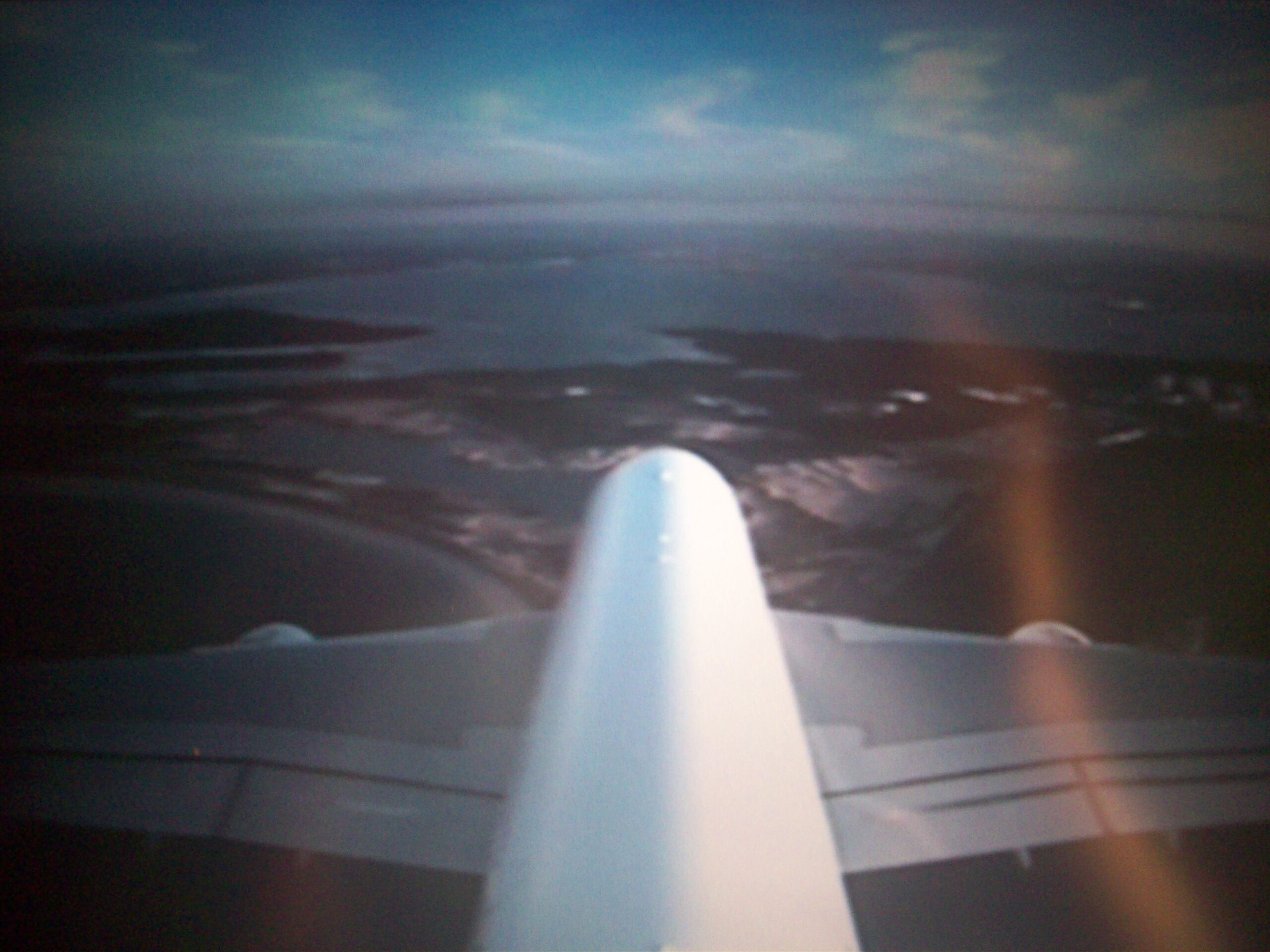 Lexie fell asleep fairly soon into the trip.  The flight attendant brought International travel documents for us to declare any items we were bringing into Australia.

Marcia and I completed ours.  I woke Lexie up and made her complete hers.  What a disaster!  Don’t ever make a teenager complete official paperwork when she’s half asleep!  The “girl” listed me as her emergency contact.  She immediately fell back to sleep. The flight attendant came by and woke her to see if she wanted chicken or salmon.  She declined both.  Being the good mom that I am, I took chicken for her to eat later.

The flight attendant suggested Lexie move to the row behind us in the far end of the middle section where she could stretch out over two seats.  Lexie moved there.  I was comfortable in my seat right next to Marcia.  Eventually, we both fell asleep.  A little while later, Marcia woke up and couldn’t get comfortable again.  So, I moved to the aisle seat that Lexie previously occupied.  I no sooner got comfortable when Lexie showed up and wanted her seat back.  I obliged and moved to the seats she had temporarily taken.  I stayed there the entire night.  It was very dark when I woke up in the middle of the night and went to the lavatory. Making it back to the right seat was a little tricky.  I ate a few snacks that had been delivered during the night and watched “Cloudy with a Chance of Meatballs”.

Breakfast arrived. After I finished eating, I wanted to throw an M&M at Lexie to get her attention, but I was afraid I would miss.  The airplane bathrooms that had smelled so fresh the night before, did NOT smell fresh that morning.  I noticed steps at the back of the plane leading to the second level.  I really wanted to go up them, but I resisted. When I came back from the bathroom in the morning, I sat on a red M&M – not good!

Throughout this series refer to the GLOSSARY for words in blue type.