Marcia rose early to shower and do laundry.   There was a windstorm in the bathroom again. We had breakfast in the hotel restaurant.

The taxi driver’s name is Sead. His first question to us is, “have you tried any of our TUCKER?” Kangaroo, BBQ, sausages were the items he recommended. Partway through the ride, Sead confirmed that we were headed to the Airport. Ah, no, we need to get to the Keswick Rail Station for The Ghan. Sead quizzed us on why it’s called Ghan. Answer: Before the train, Afghan camels made the trip carrying supplies.

At the Keswick Rail Station, our confirmation number (88858) means nothing. Eventually, they found our reservation by searching our names. “Through to Darwin?”, they asked “No, we’re getting off at Alice Springs.” We eventually, checked three bags (I hope our bags get off with us at Alice Springs); we also carried on two bags each. 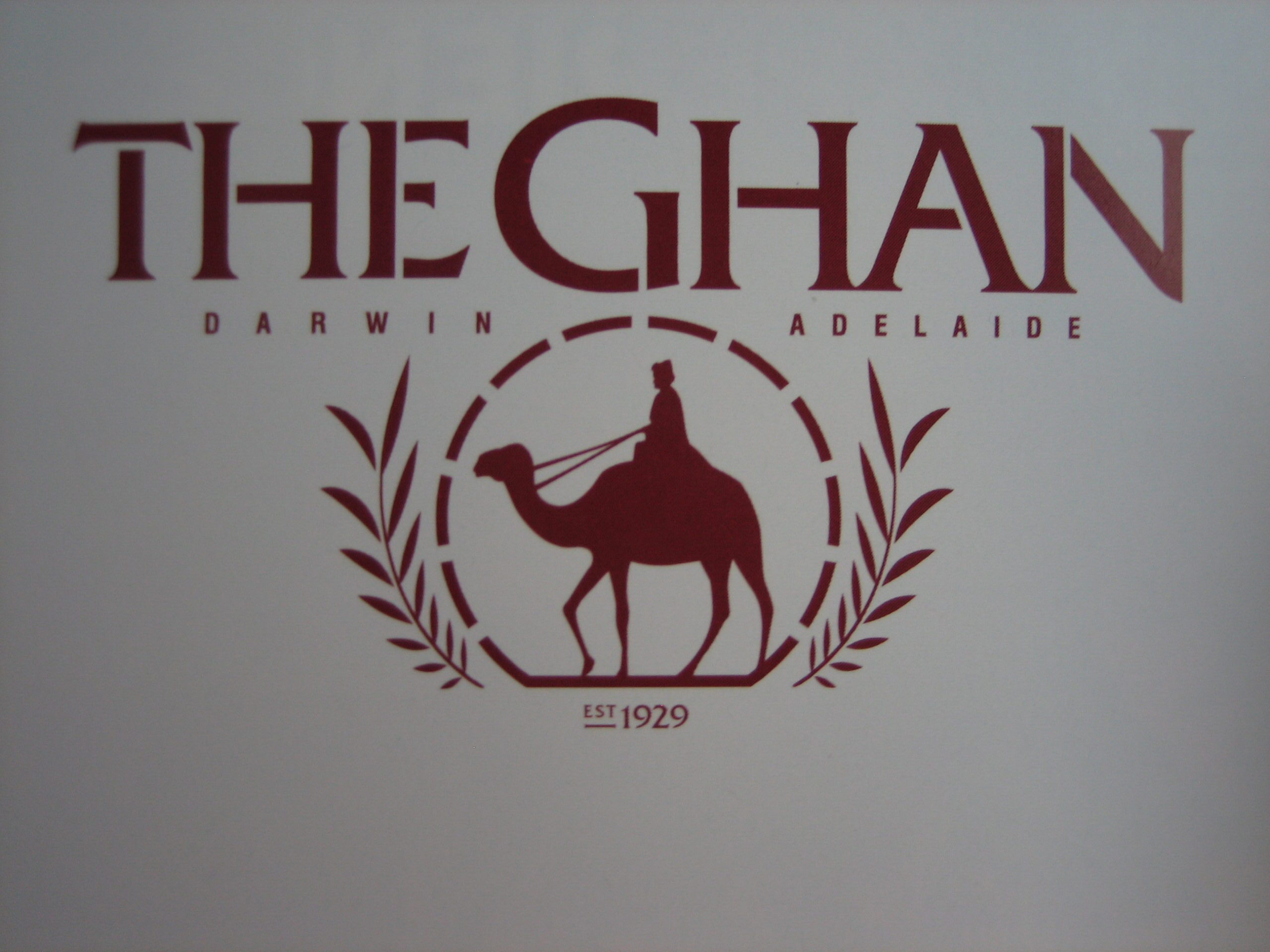 We had wanted early meals. Unfortunately, all that was left was blue cards, though, which meant late meals for us. 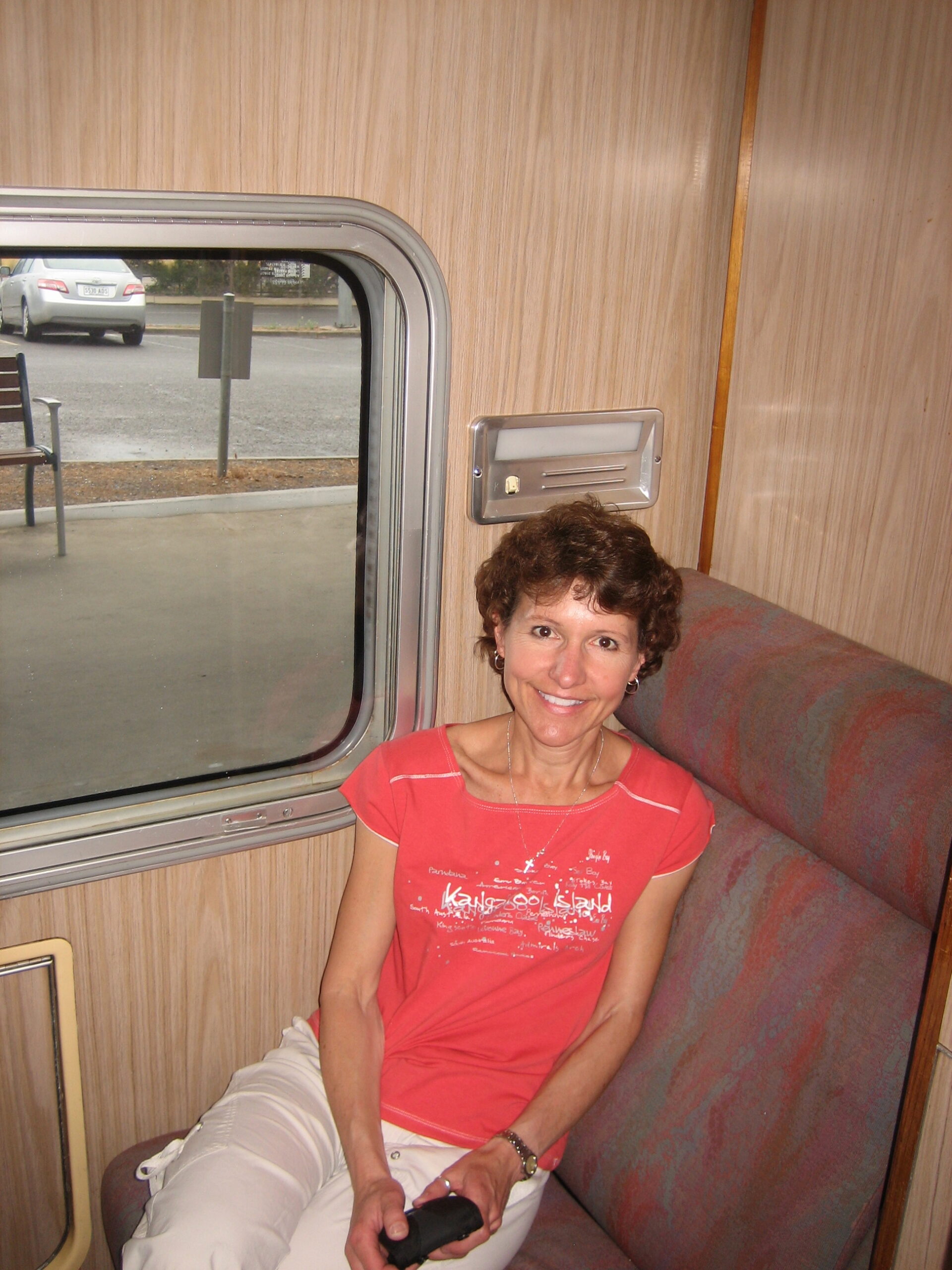 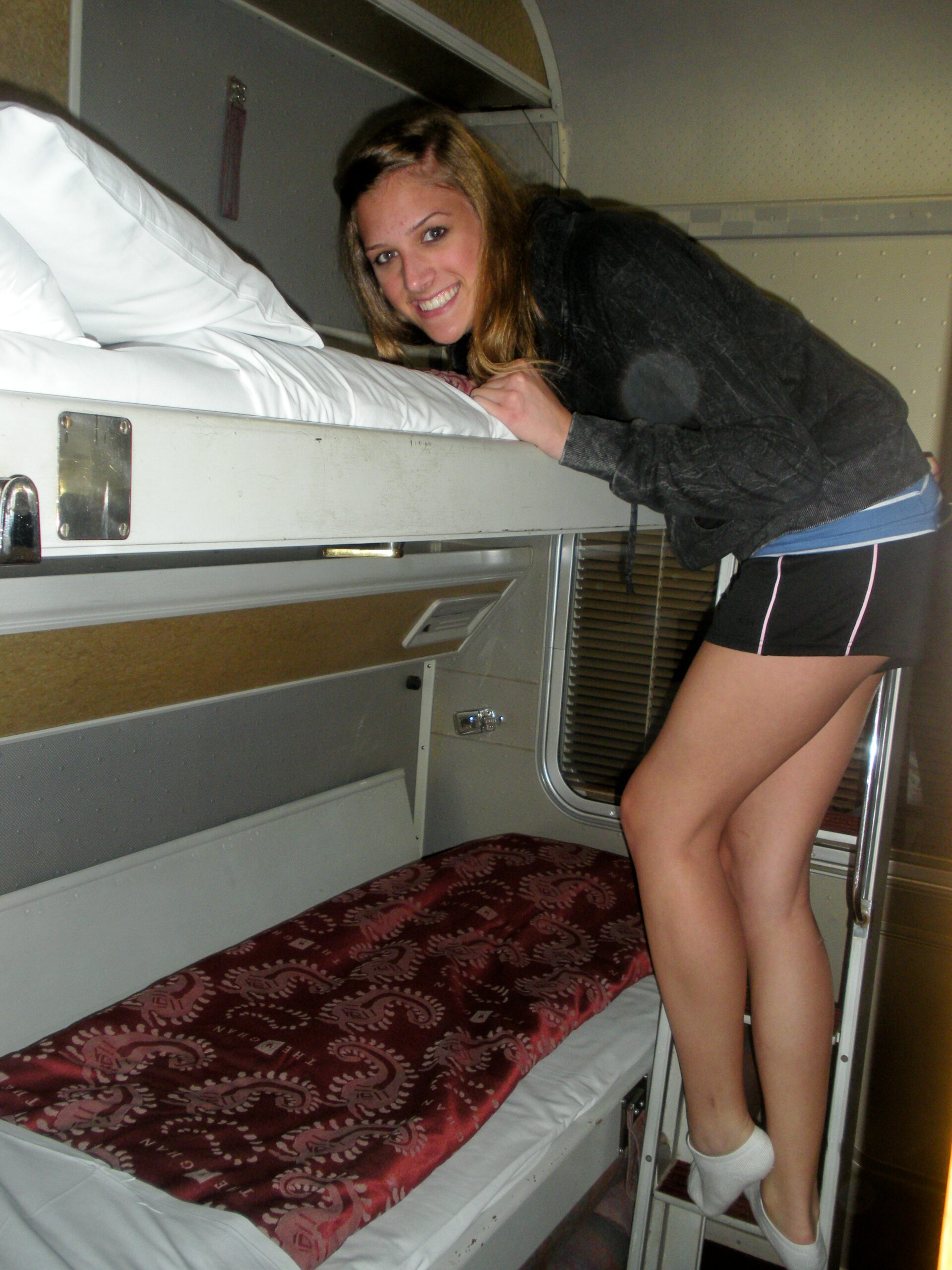 The train departed at 12:20 pm. We attended the Champagne Reception for Carriages C and D, and met the train staff, including Nathan. Shortly after that, we were served a light lunch – chicken with honey mustard sauce and sweet potato mash, cheese tart (quiche), and chocolate whiskey pudding.

After lunch, we read and dozed. Marcia and I visited all three lounges and drank beer in two of them; they were not too lively. We passed through the opal mining town of Coober Pedy and then Marla, the edge of civilization before entering the outback.

We ran into Judith & Greg (from our Kangaroo Island tour). Lexie was lonely and came looking for us. We had one more beer in our lounge. 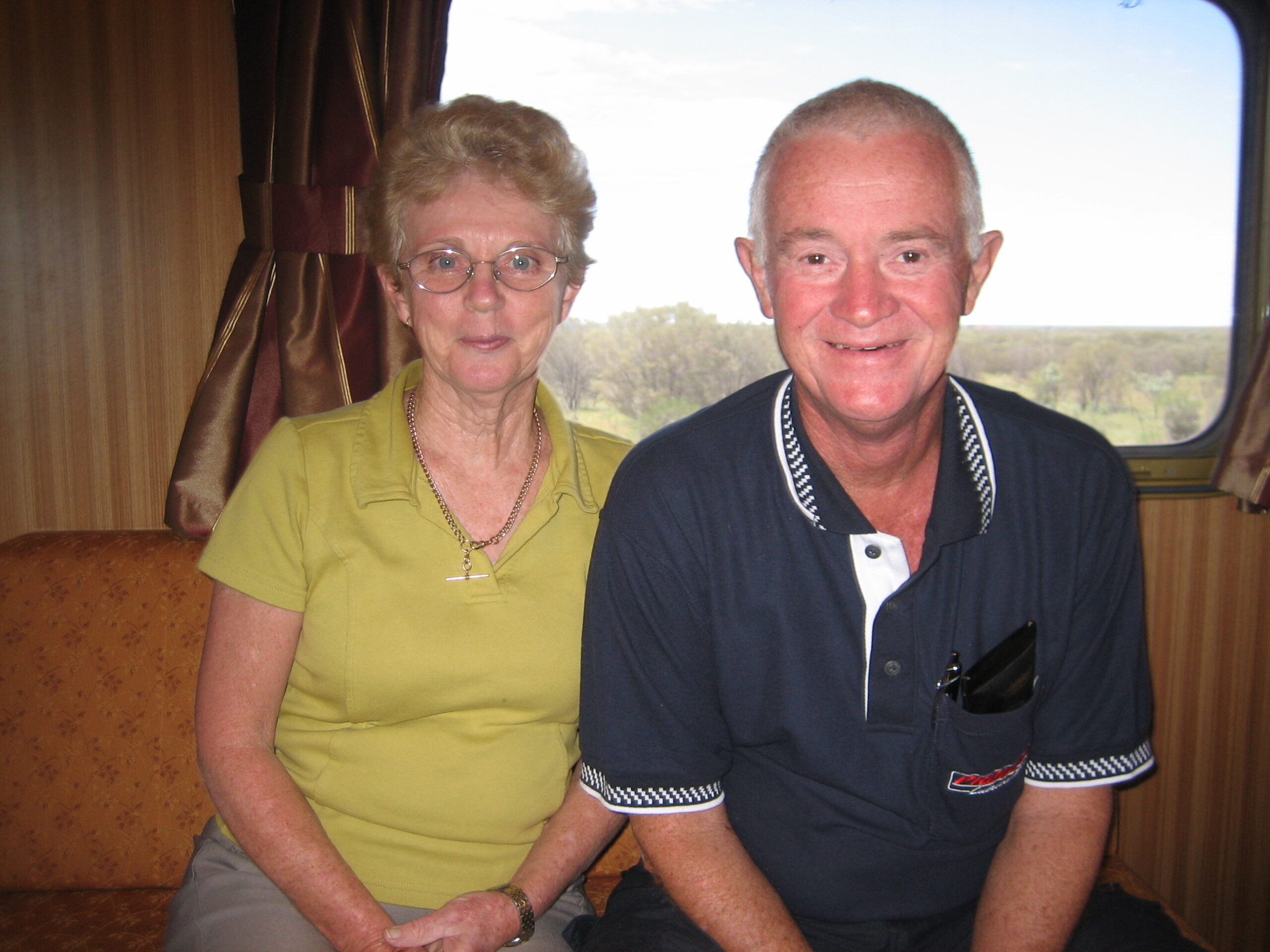 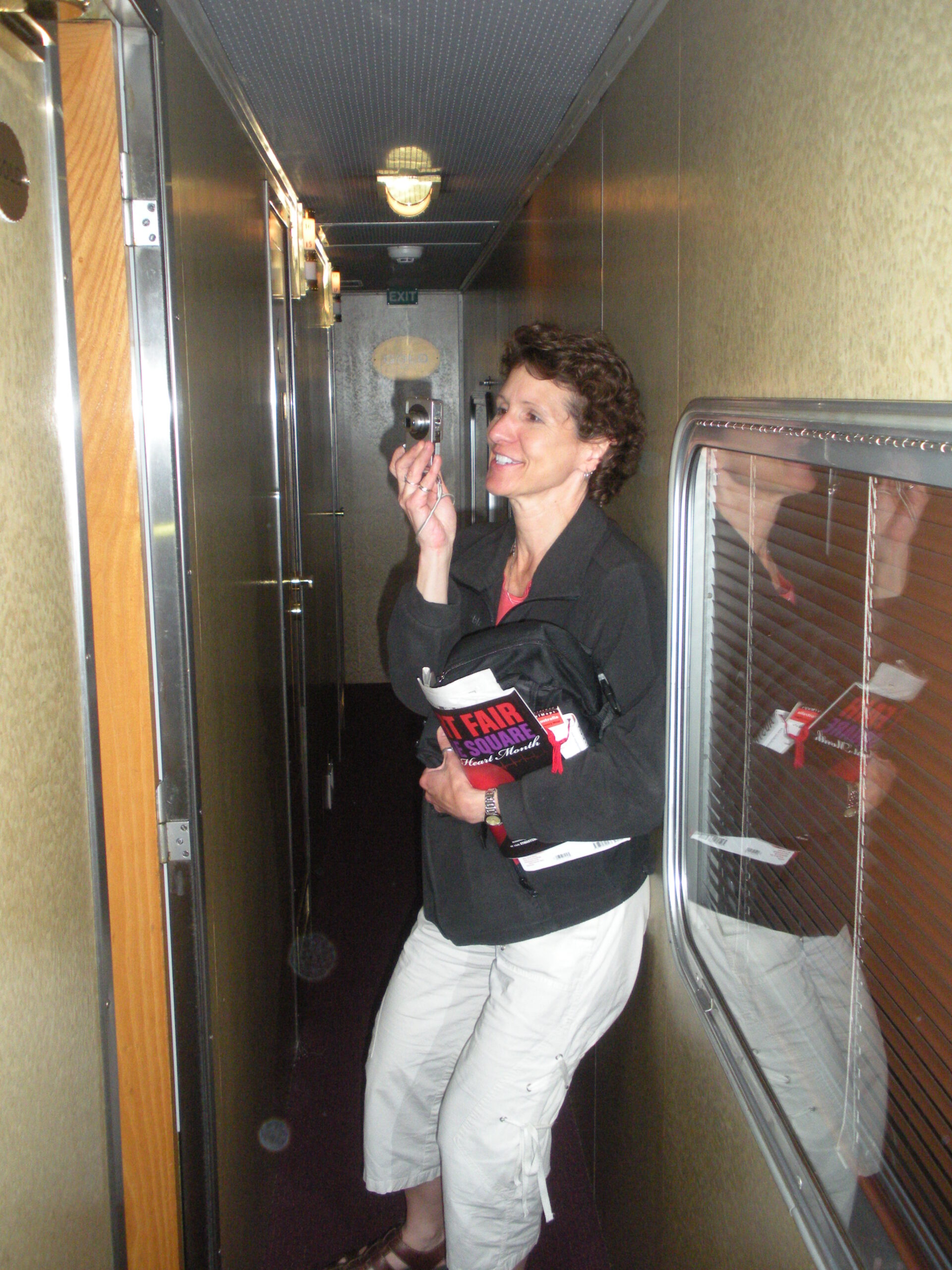 An Australian woman informed us that no tipping is required, “We don’t do that”. “Maybe if you have a really nice meal and the service was very good and your total comes to $77 you can give them $80 and let them keep the rest, but nothing like the 15% you do”. It’s not expected with taxi drivers or people who carry your bags either.

We met two English chaps on a seven-week holiday. It was at least their third time in Australia. According to them:
– Brisbane is boring.
– Cairns (pronounced Cans) has a lot of LAY-ABOUTS.
– The Great Barrier Reef is not as magnificent as in photos; there is lots of blue and green, but the red is not so spectacular; promoters use enhanced photos.
– Kangaroo is a very lovely food.

In our room, Lexie & Marcia climbed up on the top bunk to play Crazy 8s and Old Maid before Marcia went back to her cabin. 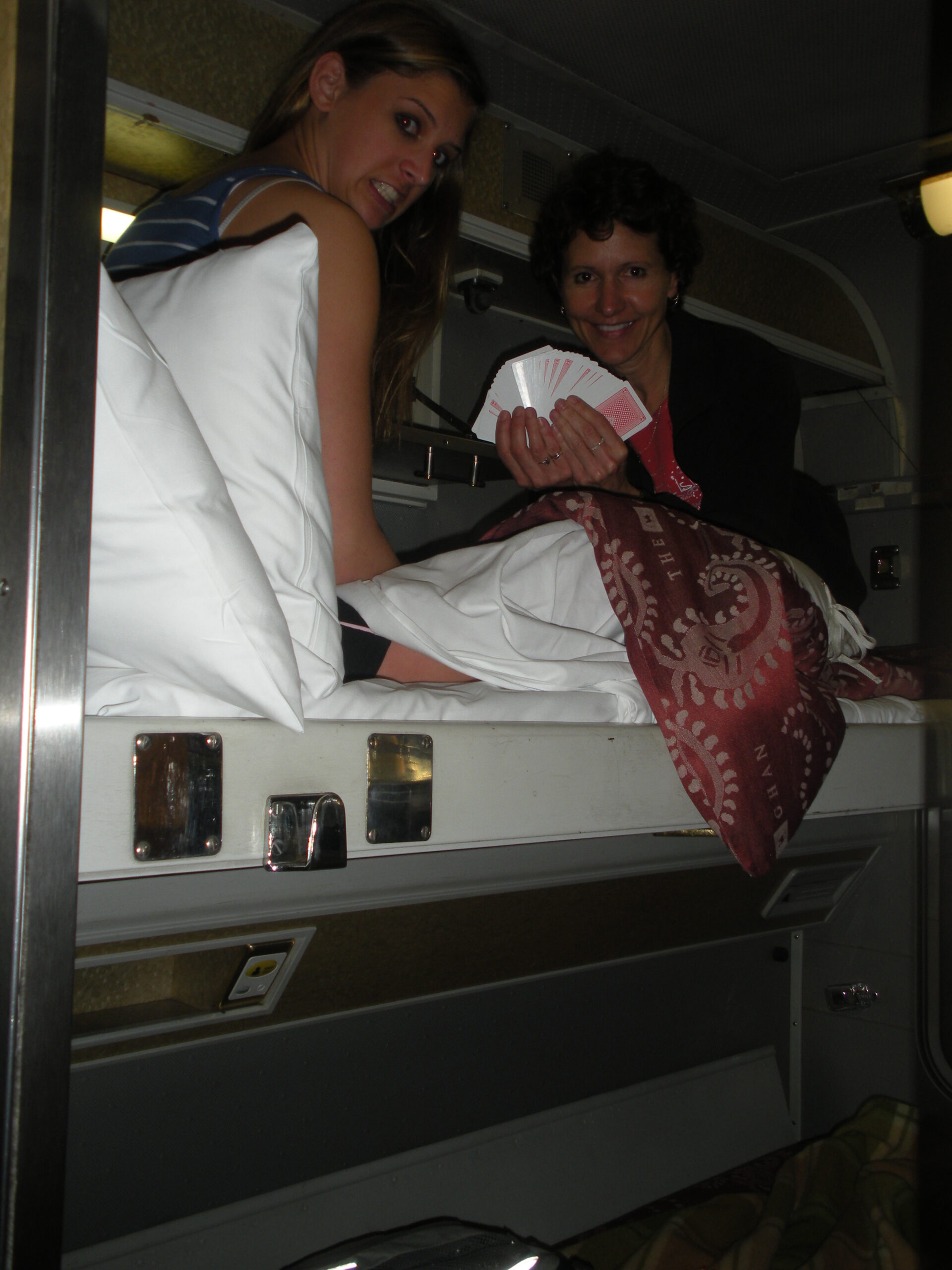 The train moved side to side in the middle of the night, and stopped for a long time.