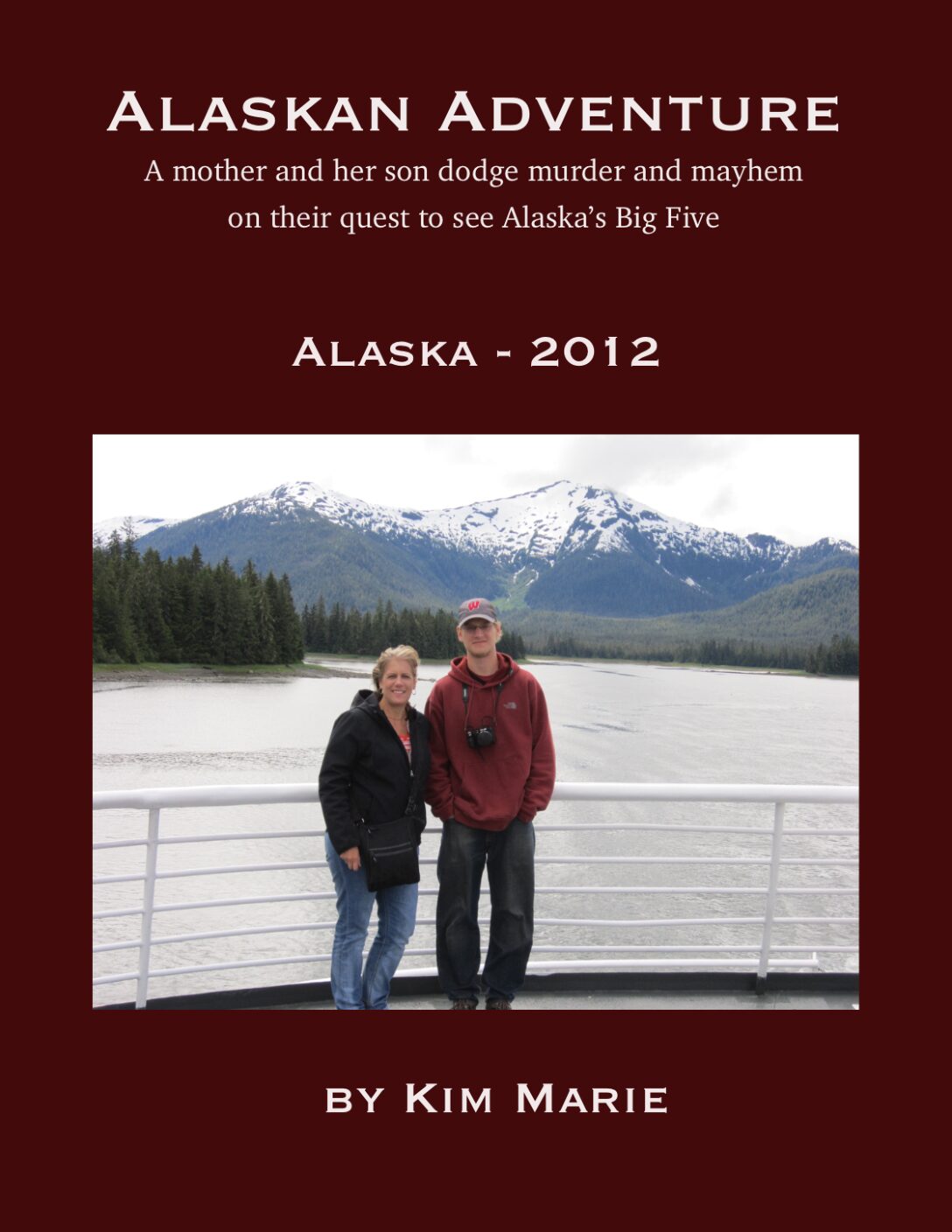 My daughter and I traveled to Australia in 2010.  Every time I was planning a vacation after that, my son asked, “Are you taking me?” Finally, one day I said, “T.J., you’re 22 years old, do you really want to go on vacation with your Mom?”He did!  I love to travel, so I asked where he wanted to go. He chose Alaska.  It was not on my short list of places I was really interested in visiting, but I’m so glad we did!

I checked with some friends who had recently taken a luxury cruise in Alaska. They mentioned that they were the youngest people on the ship full of bluehairs.  I thought T.J. probably wouldn’t appreciate that experience.  My parents had taken a cruise and land tour of Alaska years earlier.  Their cruise was on a small ship that traveled close to the coast during the day; in the evenings they went into port and spent the night at hotels.  I watched a marketing video that my dad had saved; the company (I think it was called CruiseWest) had been in business for 40 plus years.  I thought it seemed like a good choice for us. I was really excited about a small cruise ship rather than a large cruise line.  I called the phone number.  Ugh! They were out of business.

I don’t remember where I got the idea, but T.J. and I eventually settled on using the state’s ferry system to travel through the Inside Passage. We’d be travelling with locals on the ferry and be able to spend as much or as little time as we wanted in towns along the way, dining at local restaurants and staying in local hotels.  At the end of the Inside Passage, we’d fly to Anchorage, then rent a car and explore the Kenai Peninsula.  Back in Anchorage, we’d take a train to Denali, then on to Fairbanks, and fly home from there.

In case you didn’t know . . . Alaska became the 49th state in January 1959. It’s the largest state, one-fifth the size of the entire United States (larger than Texas, California and Montana combined). 17 of the 20 highest peaks in the U.S. are in Alaska. There are more active glaciers and ice fields in Alaska than in the rest of the inhabited world.  According to the official state vacation planner, Alaska has “more mountains than buildings, more wildlife than people, and more glaciers than stoplights.“ Alaska’s Big Five Wildlife are: moose, caribou, Dall sheep, wolf, and grizzly bear.

T.J.’s list of interests included: Alaska Railroad, Mount McKinley, Icy Strait Point Zip Line in Hoonah on Chigacof Island, Sea Kayaking, Mt. Roberts Tramway, Petroglyph Beach State Park, and an ATV tour. Icy Strait Point Zip Line claims to be the longest zipline in North America, We were both excited about it, but Hoonah is remote and difficult to get to, and the zipline only operates when ships are in port.  As hard as I tried to make it work, we ended up scratching it from our plans. We decided to hit the zipline in Juneau instead.

Read about our adventure, including the things we saw and did (and what we missed out on), here: