Sunday, April 30, was my birthday!  We got out of Dodge – I mean Oklahoma City – as soon as possible Sunday morning.

The heavy rains had ended, but it was drizzly all morning and there were crazy straight line winds.  Forrest did a great job keeping our vehicle between the lines.  We saw a lot of storm damage.

We quickly learned that Sunday is not the day for visiting tourist sites on Route 66.

We did drive through the Red Rocks Canyon State Park.  We ate ham sandwiches in the parking lot of the Barbed Wire Museum

There is just NOTHING to many of the small towns.  We got off the highway a couple of times expecting to get gas but found nothing except abandoned buildings.  Groom, Texas – where Leap Of Faith was filmed – was not exactly a hopping town, but it did have a gas station.  It was SO windy!  The wind literally blew me across the parking lot.

The rain subsided when we got to Cadillac Ranch in Amarillo, Texas.  Unfortunately, the field was SO muddy! We slipped plastic bags over our shoes and tied them around our ankles.  Forrest put on his sunglasses and declared, “you gotta look cool!” I grabbed a sharpie, so we could add our own mark to the graffiti covered Cadillacs planted in the ground.  We squeezed through a barbed wire fence and trudged through the mud.  Did I mention it was windy?  I had a laughing attack the entire way.  Stuck up to my ankles in mud, with the wind blowing me unsteady, I truly thought I was going to blow over.  Forrest slowed down to take my hand and to be a stabilizing force.  We continued to laugh and trudge through the mud. We got about 3 quarters of the distance when we noticed the graffiti laden cars were surrounded by water.  Without the possibility of getting up close and personal, and with one of Forrest’s nostrils frozen shut, we turned around and headed back to the car . . . laughing all the way.  Squeezing back through the barbed wire fence, I realized I lost on of my “boots”  – luckily it was only a plastic bag!  While I changed my shoes, Forrest chatted with a lady who highly recommended a helicopter ride over the Grand Canyon.

Back on the road again, we observed a semi (evidently with an empty trailer) swerving all over the road.  With its tires going sideway, it looked like it was going to tip over.  We managed to pass it.  Immediately after we passed, the out of control semi got into the left lane and passed another semi!  CRAZY!

Shortly outside of Amarillo, there was snow along the highway.  At two points, we came to a complete stop surrounded by semis that were evidently afraid to travel in the right lane with a little bit of snow.

We got into Albuquerque around 6:00 and checked into a Super 8 hotel.

We ate dinner at a Route 66 Diner – burgers, fries, root beer floats . . . and a piece of chocolate cream birthday pie! 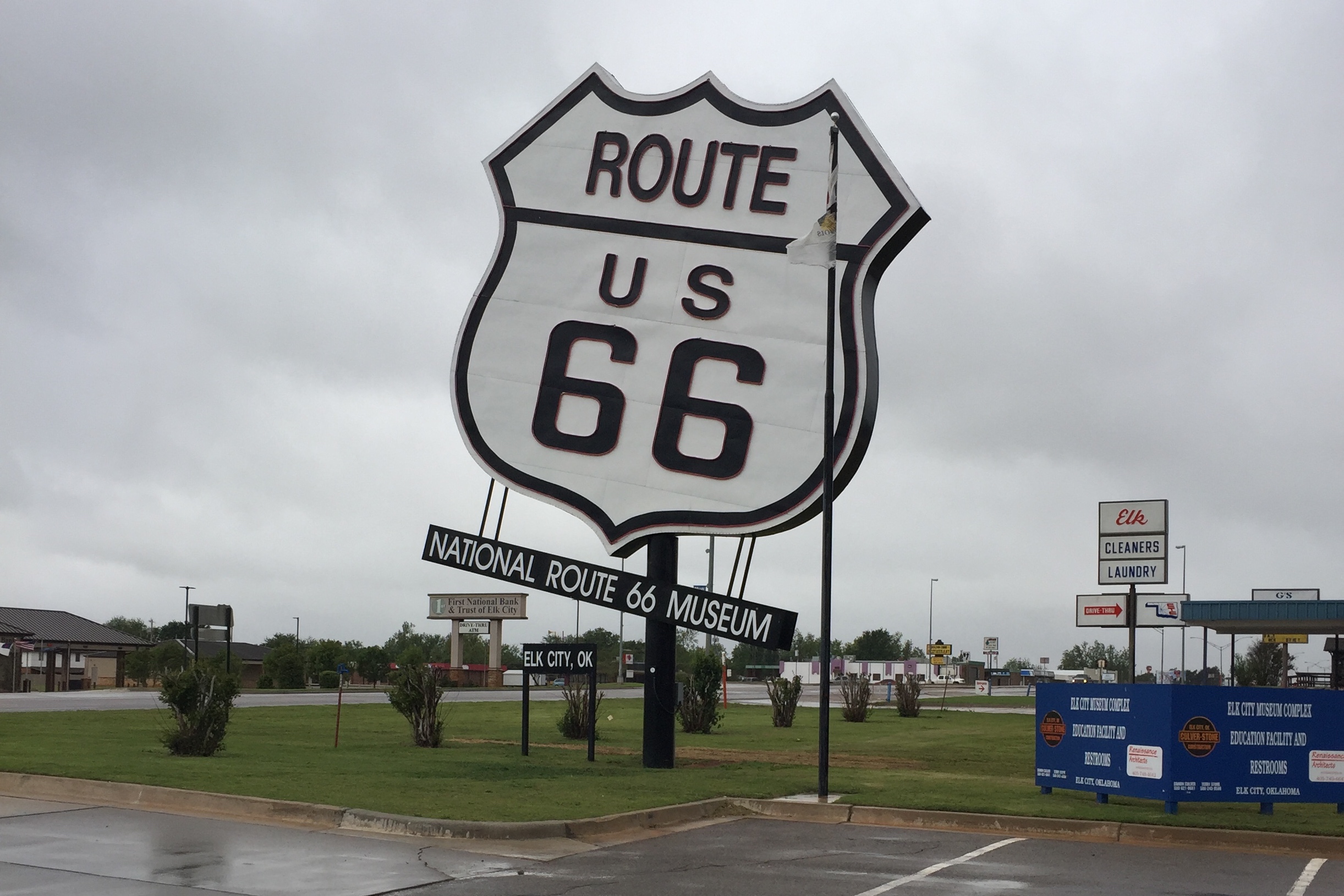 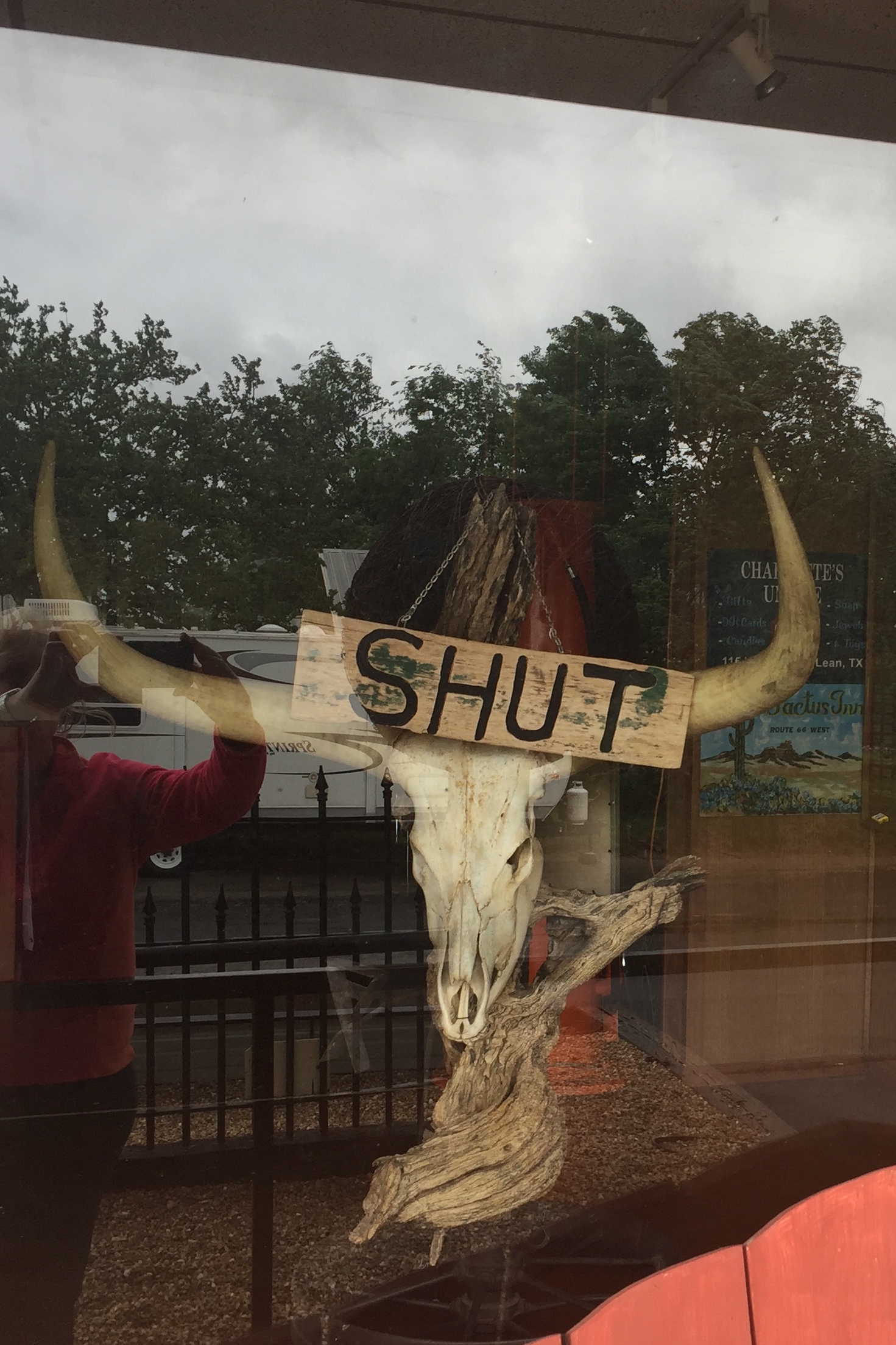 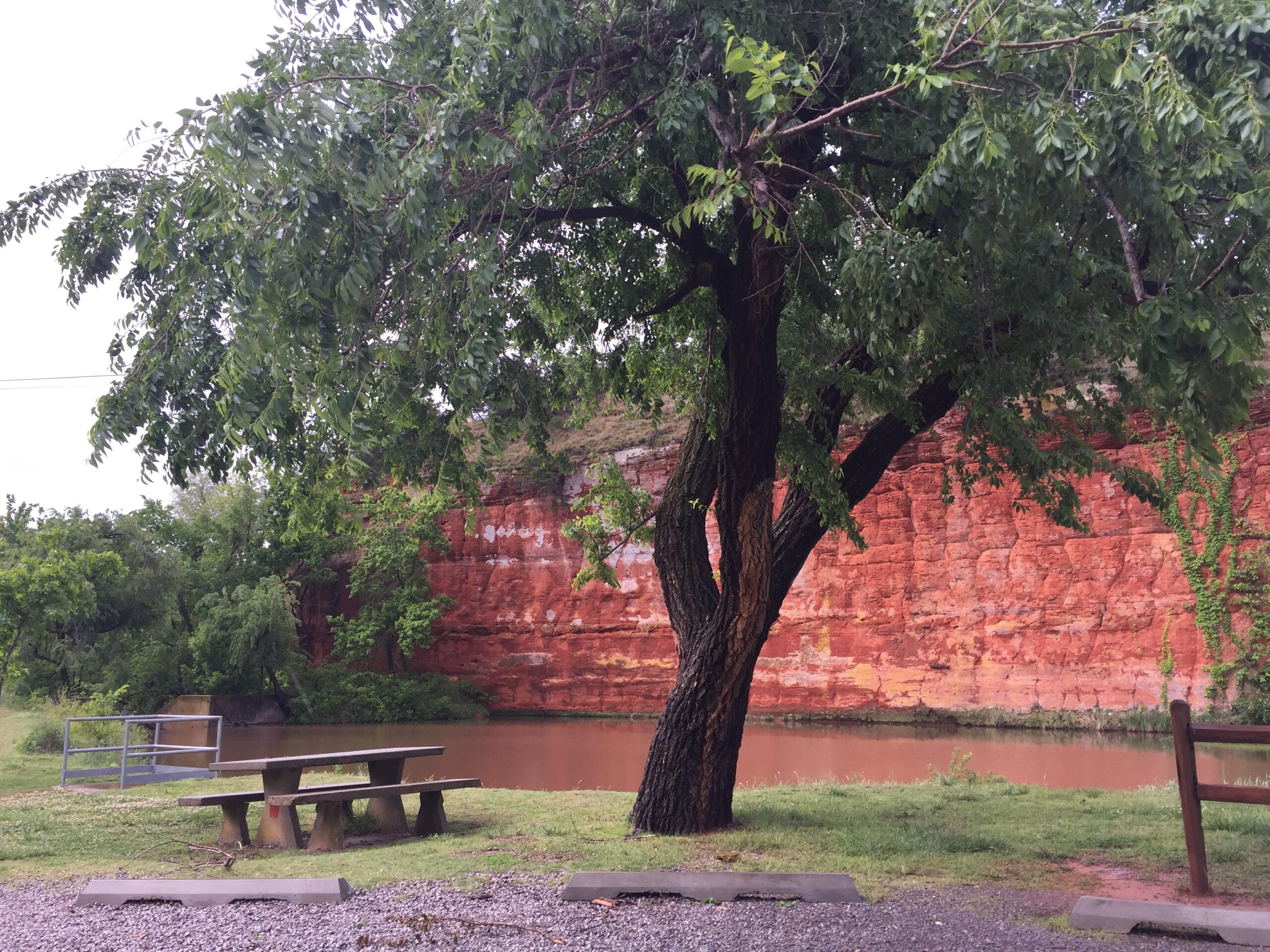 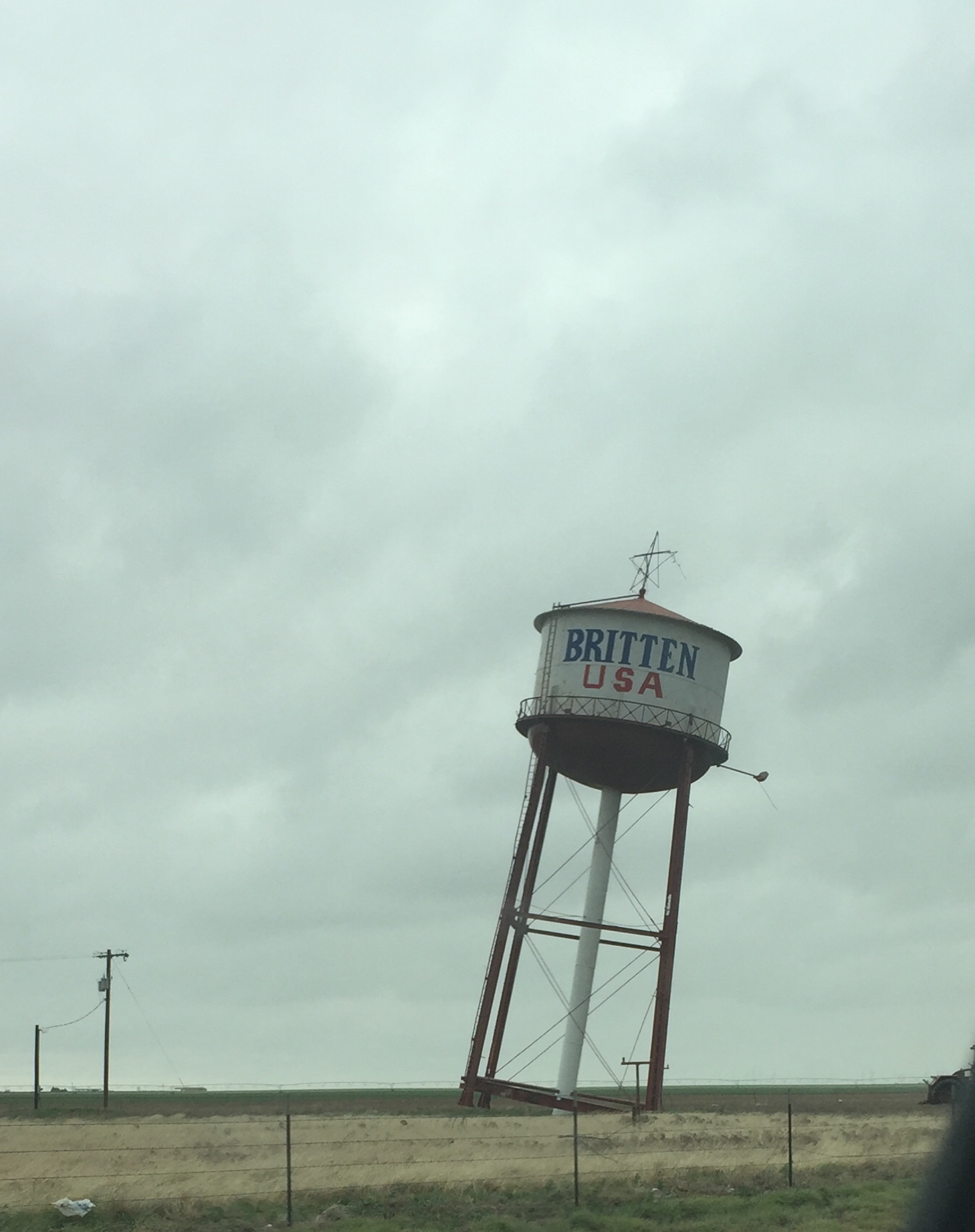 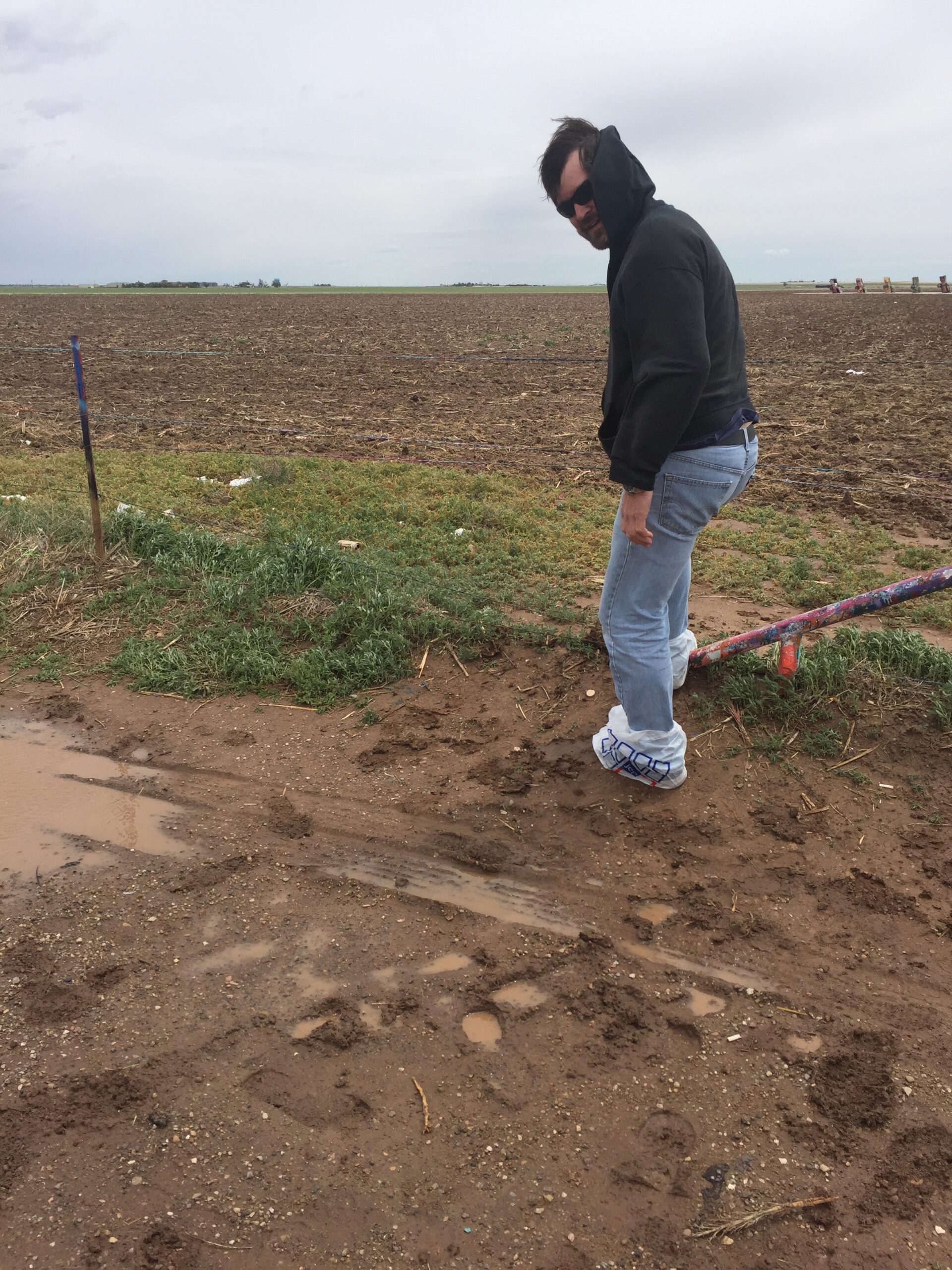 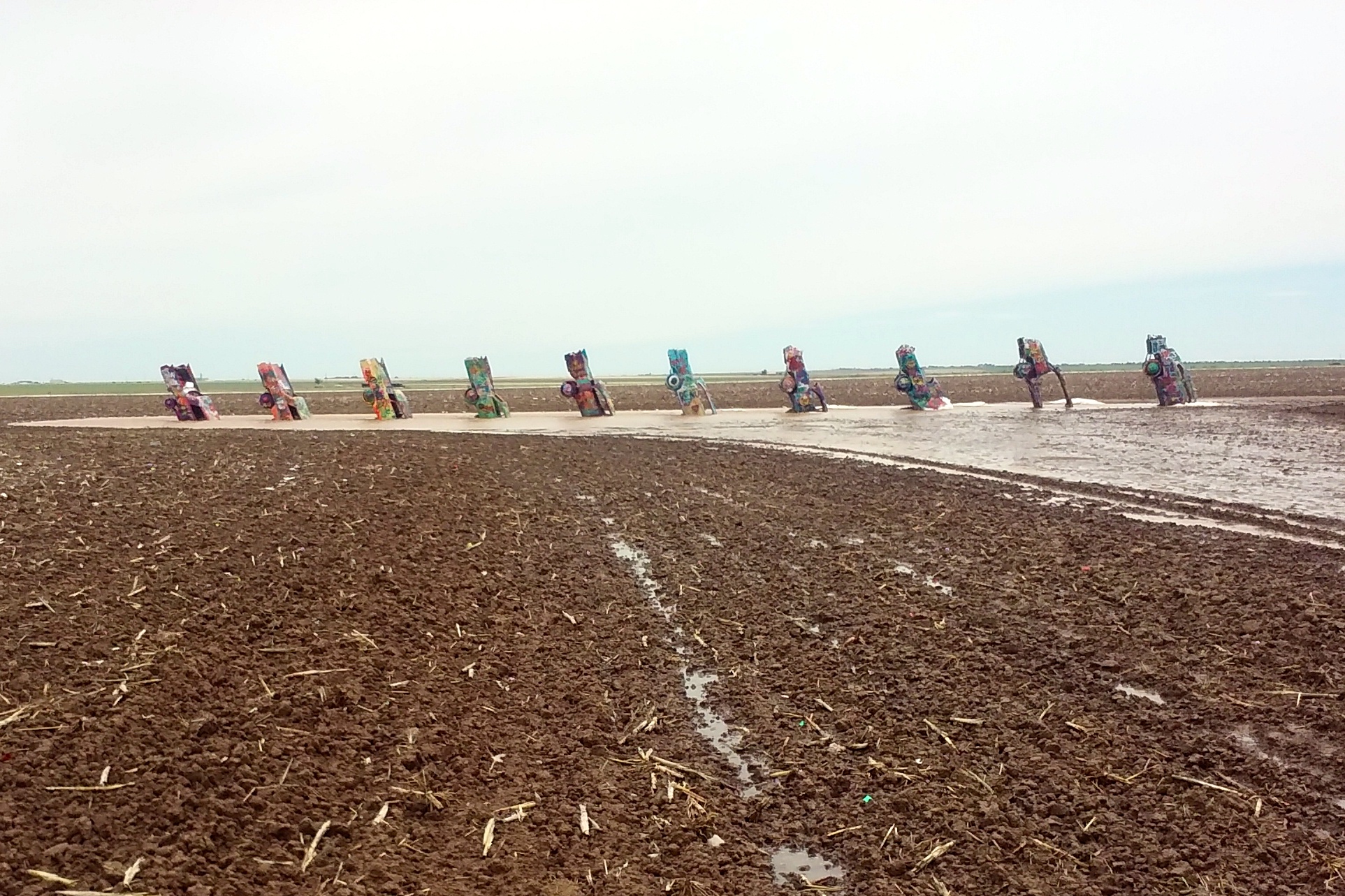 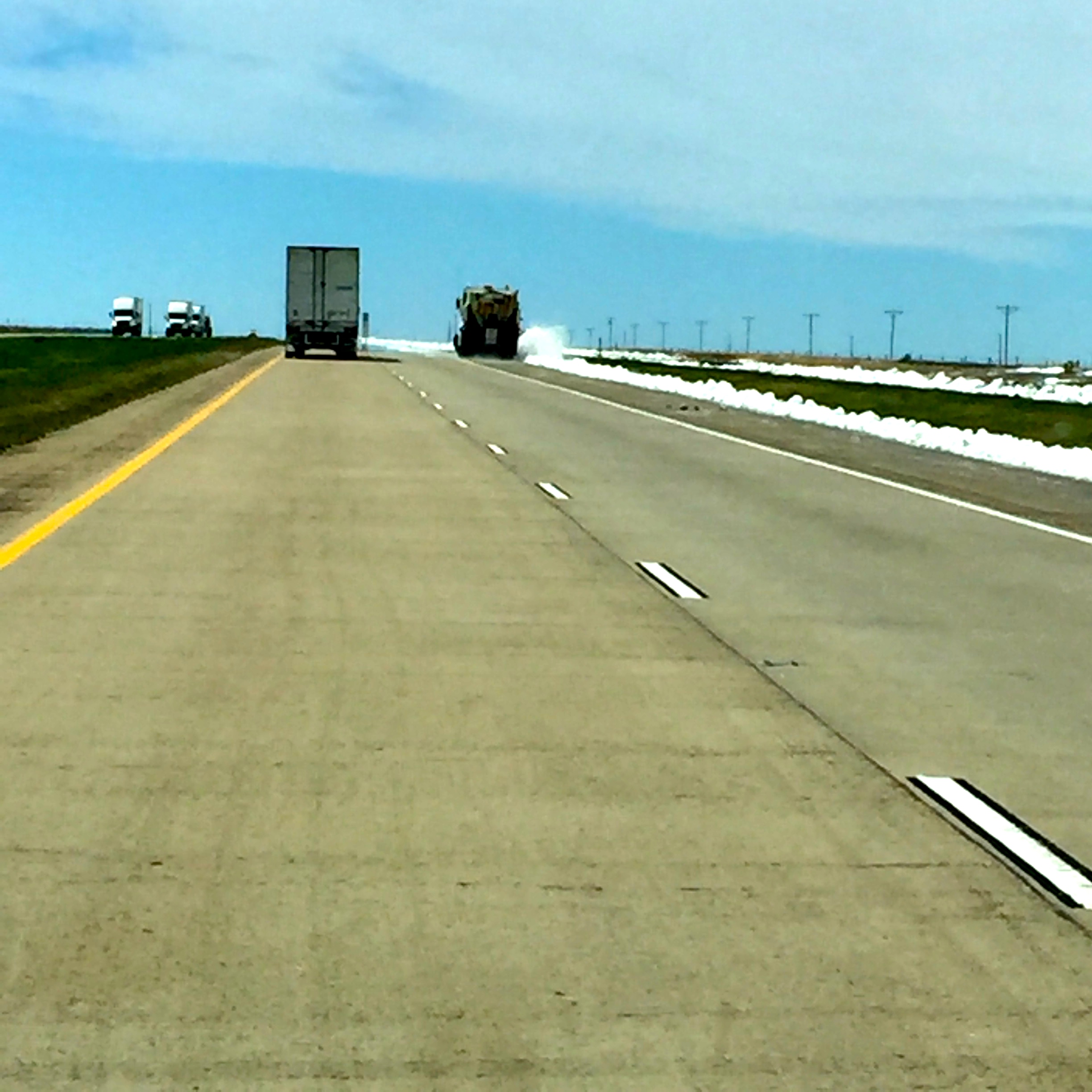 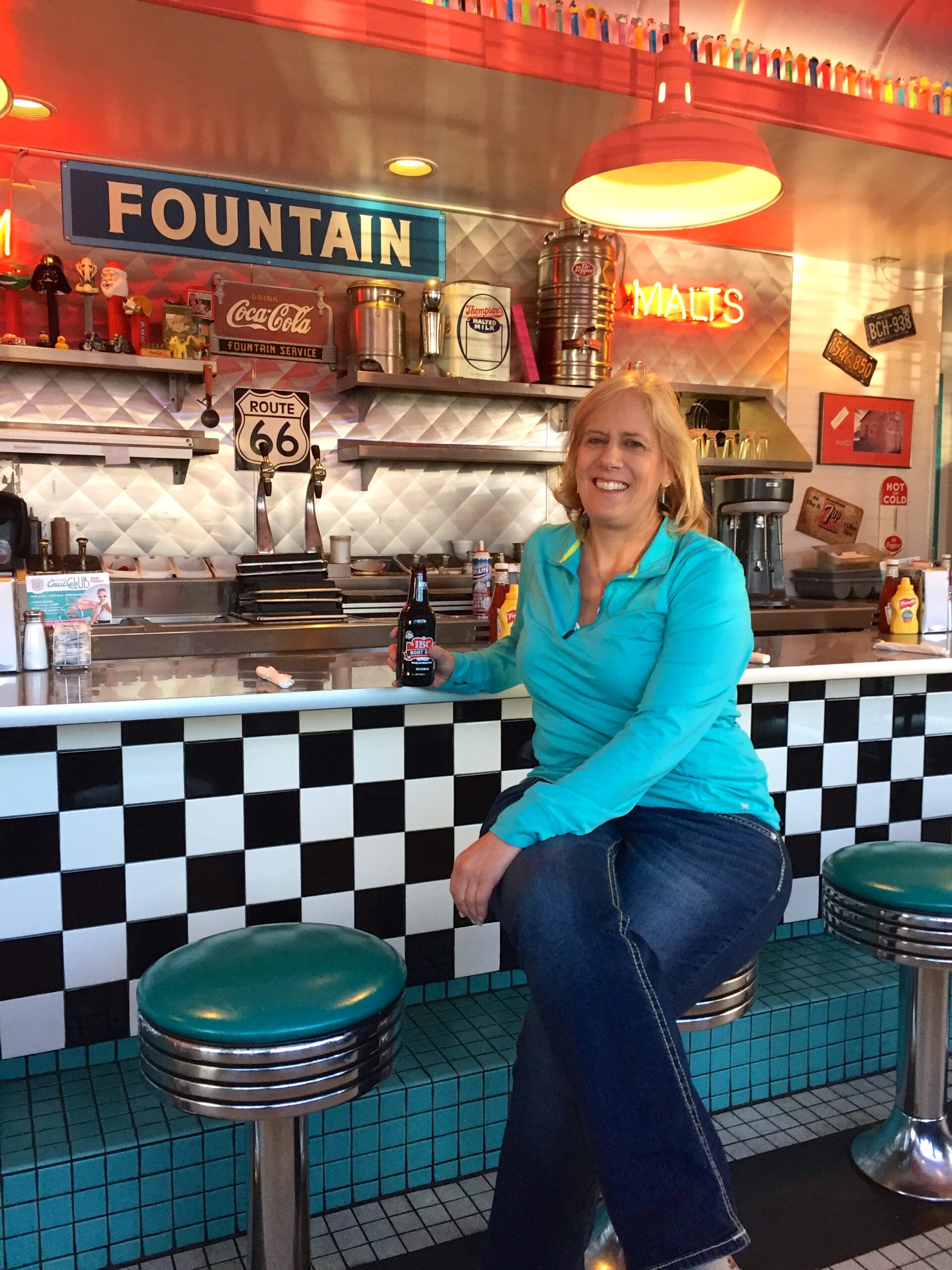